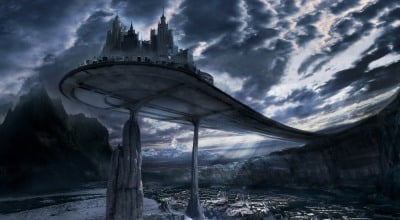 Aquarius makes for the application of your mental self, so that there are tendencies for you to analyze carefully any given project, or any undertaking dealing with the material world. Also, the more often you undertake projects when others must be considered as well, it will be far better that you manifest a truly cooperative spirit while doing so.

The planet ruled or symbolized by Aquarius is Uranus, which is the purely Atlantean planet. In other words, Uranus is the principal theme of Aquarius, and because Uranus is the realm of a distinctive Atlantean nature, then Aquarius is the zodiacal sign best symbolized by thoughts, personalities and activities akin to the series of prehistoric ‘space age’ civilizations known as Atlantis.

For example, you may once have been involved with scientific discovery and invention, and therefore in the present have the potential again for investigating more scientific or technical areas like computers, engineering, inventing, research, astrology and parapsychology, space travel and the like.

Other similar experiences and abilities with high technologies ranging from electronics in medicine to communications are close to you in terms of your interests and abilities, yet are far away in time. This is also true of a great number of souls who have incarnated in the twentieth century (especially since World War Two), with memories spanning many millennia between the present time and the ancient Atlantean civilizations.

Yet other lifetimes have surely intervened since your Atlantean incarnation. They could range from being an astrologer or magician in the courts of kings to a dedicated pioneer at the frontier of a new land. Or you may have been one who set sail for distant ports only to be carried away in search of lost legends. Other lives, including the present one, could well feature you as one whose stride through life has labeled you as a dreamer, at least to more material-minded souls.