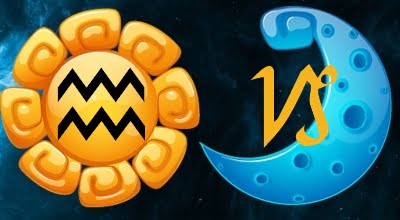 You are a hundred per cent patriot, a supporter of the status quo, an upholder of law and order, a rugged individualist. The fact of outstanding interest about this combination is that it has produced more eminent Americans than any other solar-lunar combination. It has an affinity with the horoscope of the United States and will carry you far in public life – politics preferably, but any activity that deals with the general (American) public. You are automatically able to catch the imagination of those around you, for you combine a warm humanism with strict and logical adherence to the facts – a combination peculiarly calculated to win support from the people. Thus, whether you are a president (Lincoln), inventor (Edison), a pioneer (Lindbergh), an actor (John Barrymore), a critic (George Jean Nathan), an actress (Katherine Cornell), a poet (William Ellery Leonard), a novelist (Dorothy Canfield Fisher), or a poet (William Rose Benet), in some way or another, your work bears the mark of distinction and your achievement carries home to the public.

The qualities which seal you with the seal of success are qualities of imagination, foresight, fearlessness, self-confidence, and fundamental honesty of purpose, which you never lose sight of for a moment. Your ambition is important to you, but your honor more so, and if you had to sacrifice one or the other it would be your ambition. It is this very integrity that endears you to those around you, so that while warmer-hearted, more expressive, more voluble people are all well enough, you, with your austerity, your pride, your strict sense of right and wrong, none the less can win their affection and love. No one begrudges you your success; it is felt to be deserved because you have created it for yourself and have not compromised with truth or with your convictions on the way. You can succeed in public life – though if rugged individualism breaks down this won’t be true any longer. There is nothing of the radical about you. You are humanitarian, but you don’t believe in the people even though you love them; you think they have to be taken care of and therefore your political chances get less as various phases of socialism come in. But in any world you are an admirable, admired, and respected person, capable of assuming authority and carrying it well; of envisioning and putting through large enterprises, and of remaining untouched and unspoiled even at the height of success and acclaim.