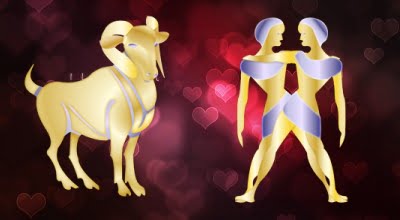 It was not really Saturday night, at least it may have been, for they had long lost count of the days; but always if they wanted to do anything special they said this was Saturday night, and then they did it.

Working as a team, this combination of Sun Signs could sell Manhattan back to the Indians – blackouts, muggers, creaky subways, uncollected garbage, and all. Of course, both of them being idealists, they would probably realize what a rotten deal the Indians got in the beginning, and end up giving them back New York for a few strands of love beads and a peace button, along with all the other rights the white man stole from his red brother – if they could swing it.

Because both Aries and Gemini love causes, and share the same talent for creative, persistent salesmanship, they can perform fantastic feats of ingenuity together. They also share a casual attitude toward accumulating great power or money, which may be why they are seldom as successful as they should be, considering all the emotional (Aries) and mental (Gemini) energy they pour into anything that interests them – for the moment, that is. Nothing holds the interest of either of these Sun Signs for longer than a moment. Well, sometimes maybe two or three moments.

Since Aries bubbles with naive impetuosity, and Gemini is determined to attain complete independence by breaking every bond of the spirit, maturity of thought seldom supports their mutual endeavors.

One might say that the combined qualities of this 3-11 Sun Sign Pattern association present a picture of optimism, punctuated with brief splashes (usually, very brief) of sensitivity and hidden insecurities. When Aries and Gemini blend their natures as neighbors, friends, business associates, relatives, lovers or mates, it doubles up their individual drives for freedom against all who would confine them in a morass of convention and caution. Separately or together, they look young, act young – and therefore, quite naturally, often behave like children.

Now, children can be endearing, guileless and lovable. They can also be unintentionally selfish, irrational and thoughtless. So it is with any association be-tween this 3-11 influenced team. Preferably both of them, but at least one of the two, must eventually grow up, or most of their time together will be spent playing around in a sand pile, with a couple of brightly painted buckets, and large shovels for the you-know-what they’re both so good at handing each other and the rest of the world.

Basically, both Aries and Gemini are honest – the Rams especially so – but these two can fool themselves until they forget where honesty ends and selfdeception begins. It’s their innocence, or ignorance, whichever, of their own individual natures. In other words, they’re both as expert at selling themselves as they are at selling the general public. If the product being sold isn’t genuine, the Gemini will usually be the first of the two of them to suspect it, with Mercury’s sharp, analytical mind, although Gemini is capable of outsmarting himself (or herself), by continuing to imagine it still may be what he-she originally believed it was. As for Aries, it’s extremely difficult for this Sun Sign to tell the difference between what glitters so enticingly – and real gold. Such discrimination is learned by the Ram only after repeated, heartbreaking disillusion and disappointment.

I’ve been referring to the “two of them.” Actually, perhaps I should say the “three of them,” because, although Aries is clearly one person, indivisible, “with liberty and justice for all,” every Gemini is distinctly two people, the person heshe really is ….. and the person she-he would like to be. The Twins, you know. Add the Mars ego of the Ram – almost a separate entity in itself – and it can get pretty crowded, with all those auras mixing, attracting and repelling, blending and clashing, by turns. It’s not a bad idea for these two Sun Sign people, essentially compatible as they are, to stand apart at intervals and take a fresh look at each other from a distance. It clears away some of the smog that’s bound to accumulate between them.

Aries pushes ahead instinctively, convinced of the sincerity of cause, as well as the eventual victory, with little or no time out to reflect on the pros and cons of any given situation or problem. Conversely, Gemini weighs, sorts and figures out all possible maneuvers and conclusions with the cool, casual detachment and logic so typical of all three Air Signs (Aquarius and Libra being the other two). Yet for all Gemini’s mental gymnastics, practicality may be missing. Gemini can quickly deduce what might go wrong but often decides to outwit destiny or fate, and even himself (or herself) by clever Mercurial strategy. There are other differences of approach between these two.

Aries, influenced by a Cardinal Sign, will insist on being at the head of things, leading, challenging, always initiating and inspiring, with enthusiasm and daring. The Ram will accept just about any idea, sound or unsound, that appeals to and arouses the emotions – to which the ego can relate in a personal way. Mutable Gemini prefers to relate in an impersonal manner, and will accept ideas that appeal to the mental deductive process, communicating through the logic and cleverness of Mercury reason, while the true self remains in the background, watching – unsuspected by those who are being hypnotized with the Gemini charm.

Aries enjoys riding the lead elephant and waving to the crowd, but the Twins have no burning desire to be the glory-spangled hero or heroine. Gemini would rather delegate all the confining duties and obligations of leadership to others, remaining free of responsibility, free to try on new ideas for size. . . . .to explore new people, places and things. The Geminian analysis is less intense than that of Aries, since everything is calmly checked through the computer of the mind for possible flaws – or potential. Although the Gemini approach is essentially mental, the Twins sympathize with the Ram’s emotional approach, even while remaining detached from such over-involvement himself (or herself). Mercury-ruled men and women understand the Mars reckless impulses. Never the less, they realize that their own best course is to avoid becoming emotionally entangled, whenever possible.

Close human associations that threaten to smother, long-term employment without either change or challenge – anything that nails down their dreams or clips Mercury’s wings, Geminis distrust, for fear their very spirits will be confined. The Air Sign of Gemini strives to soar above the flames that rage around the Fire Sign of Aries. By remaining aloof and slightly out of reach, Gemini more often manages to achieve the kind of freedom Aries also seeks but doesn’t always find. Of course, too much mental and emotional freedom can create its own confusions, and when the Twins get caught in the webs of their own mental convolutions, the very directness of the Ram can sometimes help to untangle the knots.

Fortunately, the typical Aries person not only senses the duality of Gemini but is usually willing to give it room to be. That’s why this association is frequently beneficial to the Geminian, because understanding – or the lack of understanding – concerning his (or her) dreams has a great deal to do with whether they come true, simply grow rusty, or become only will-o’-the-wisps. Gemini eternally chases but never catches. A Gemini will dream from the time he-she is a tiny tot, until past the century mark. To most people, Mercury’s curiosity and experimental urges seem like a patchwork of erratic, changing attention spans, but the Ram seems to recognize that all these myriad interests are only Gemini’s attempt to integrate the many-sided, fascinating-to-Aries, Mercurial personality.

An Aries person is less likely to resent the Gemini’s flitting from subject to subject, in the search for all the answers, while shooting forth a continual flow of imagination and static energy. Interrupting a Mercury Bird when he-she is verbally expressing is like trying to catch a firefly, and oddly, the Rams (who are rather experts at interrupting themselves) comprehend this. These two continually interrupt each other, with a mutual lack of resentment, a most jolly thing about their association.

If there’s a negative aspect between the Sun and Moon or Ascendent in their birth charts, Aries may accuse Gemini of too much woolgathering and not enough concrete action, and will try to box Gemini into direct answers. Then the satirical tongue of Gemini may wound the Ram’s easily bruised ego, and there will be a fiery battle, with sparks flying everywhere, as Gemini’s airy attitude fans the flames of Mars anger. Still, the winds will change, after a while, even after the stormiest scenes. . . . .and bitterness is seldom allowed by either of them to linger. As with all 3-11 vibrational patterns, Aries and Gemini are basically good friends, and most always remain that way, in addition to being able to verbally communicate their differences of opinion to such an extent that they clear the air for a resumption of harmony.

The Mercurial mind of Gemini, no matter how cleverly it’s occasionally disguised behind a mask of calm and charm, resembles a top. Always spinning. Aries will happily jump on for the ride, and probably enjoy the dizzy pace. As long as the Ram doesn’t try to chain Gemini’s free spirit with too many questions and demands, it will work out rather smoothly between these two. (These four, counting the Ram, the Twins, and the Mars ego.) Aries and Gemini can build sand castles from the colorful ethers of their combined thought images tall enough to reach all the way to the stars. But the foundation must be sound and stable, or they’ll topple to the ground. If they build strongly in the beginning, the end could be really out of sight – all rainbows, butterflies and leprechauns.

Patience is the secret key to the other side of the fence, where the grass always looks greener and fresher to both Aries and Gemini, the eternal young ones, who search for Shangri La, the Emerald City of Oz, Wonderland and the Fountain of Youth. Together, they have a better chance of finding all these places than most people … or than they would have if they each searched alone.