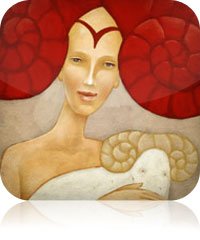 A job interview with a prospective Aries employee, if he’s a typical ram, might run something like this:

EMPLOYER: I see from your resume and references that you’ve been with six different firms in the past two years, Mr. Bootsikaris.

EMPLOYER: That’s just what bothers me, Char-uh, Mr. Bootsikaris. I’m afraid you may outgrow us in a short ‘ time, also, after we’ve spent the money to train you.

ARIES: I thought that might concern you. But you don’t have to worry. I’ve investigated your company, and I’m sure I wouldn’t feel restless, because I can see there’s plenty of opportunity with you for anyone who really tries. I’ve always wanted to work with a really great, cre­ative and progressive management. They’re so rare that I’d rather wait ’til there’s an opening here than go anywhere else.

Needless to say, the boss who can overcome his initial shock at such an unusual interview is likely to hire the Aries on the spot. That kind of sincere enthusiasm for the • company is hard to come by in these days of security; minded and union-conscious employees-never mind the [ abruptness and the superego.

Hiring an Aries can be the smartest move you ever made or the largest headache you’ve ever known, depending on , how you aim this combustible, misguided missile. Aiming I him toward a routine, nine-to-five job is the wrong direction. In the beginning, he may shine like a silver dollar to impress you, but it won’t be long before he’s restless and unhappy. And he’ll let you know it in unmistakable ways, like coming in a little later each day, taking extra time for lunch, or writing personal letters at his desk. These are all danger signals that your Aries employee is not satisfied. He’s still extremely valuable to your firm, but he’s bored, and when the ram gets bored, his virtues are quickly buried under his shortcomings.

Put your Aries worker in a position where he has com­plete freedom to make decisions, answerable if possible, only to you. If you can do it without hurting office morale, allow him to come to work at odd hours. After a short period you’ll notice that, although he may appear as late as ten or eleven in the morning, or take two hours for lunch, hell also be the very last one to leave at night, especially a if there’s extra work to get out. He’s more likely than any of your other employees to accept additional assignments as a challenge, without complaining.

Many an. Aries will labor until the wee small hours, if it’s necessary, or if there’s an exciting project under way, and probably be more familiar to the nightly cleaning woman than to the early morning switchboard receptionist. You won’t find him getting edgy or peeking at the clock around five o’clock, so why should you be fussy if it’s twenty minutes past ten when he arrives in the morning? That’s his reasoning, and there’s a certain logic in it.

The Arien is constitutionally unable to keep to a tight and uniform schedule, regardless of standard office pro­cedure. His great, creative energy comes on him at all hours, and it can’t be adjusted to fit someone’s idea of the proper working day. He may ask to leave early some afternoon for pressing personal reasons, but hell come back later the same night to bum the midnight oil, or pop in before the birdies chirp the following morning to make up the work he’s missed. One thing Aries can’t stand is to turn in work which is less perfect than he knows he can do. Despite his carelessness with detail and his dis­dain of normal office routine, that quality is too good to miss. It’s worth putting up with the Mars independence to take advantage of his wonderful determination to suc­ceed, which will obviously benefit your company, if you’re astute enough and patient enough to utilize it properly.

Money is never his prime reason for working. He will insist on being paid what he’s worth (what he thinks he’s worth) for the sake of ego and status, but money is never his main objective. He’s motivated by success, and cash is always secondary. He may frequently ask to borrow money, because the ram usually lives beyond his income. Still, an extra pat on the back will often get more out of him than an extra five dollars a week in his pay envelope. Of course, you may have to tame his natural desire to take over everyone else’s department, since he’s bursting with ideas of how everyone in the firm could get where they’re going faster, including you. But if you can learn not to take offense at his frequent and impertinent suggestions, you’ll find a bonus of original and profitable thoughts.

Always put Aries in the action job, in a position where he can get out and promote the firm and mix with people. Never put him behind a desk where he has to do the same thing day after day under the scrutiny of another employee. Aries will take orders willingly from very few people, since he believes very few people are superior to him. He undoubtedly thinks you are, or he wouldn’t have gotten mixed up with you in the first place. Once he’s sure you understand and appreciate his efforts, he’ll probably be the most loyal, hard-working and competent employee on your payroll. But put him in an inferior position and he’ll be reluctant to make any but the most perfunctory effort.

Naturally, he can’t always start at the top, though he’d like to. If he must begin at the bottom and learn a new trade or profession, try to add some kind of important-sounding responsibility to his daily duties, so he’ll at least think he’s at the top. It allows him to save face with him­self. To bring out his best, he needs to feel that the place couldn’t run without him. The ram is a natural promoter. He’ll promote your business to his wife and friends enthusi­astically, to cab drivers, waiters and anyone else who will listen-at the movies, in the swimming pool-and not just during the hours he’s being paid to do so. He’ll turn every­one from his broker to his insurance man into a booster for your firm. Few people (except Leos) can equal him in bringing in new accounts, saving customers you thought were hopelessly lost and putting over the largest, most ambitious schemes you can devise-especially when he thinks you’re depending on him to come through.

If there’s ever any kind of financial trouble, your Aries employee is not one to desert a sinking ship. He’ll stick with you through the crisis, and possibly add a few ideas of his own about how to solve it. The Arien is literally unable to conceive that anything or anyone he believes in, including himself, can fail. Obviously, such a trait can be mighty welcome some black day.

Ask this employee to work on weekends or holidays, take a temporary cut in salary during an emergency or perform someone else’s job in addition to his own in case of illness or vacation, and he’ll seldom complain. Just be sure you thank him warmly and let him know you honestly appreciate it. There’s little he won’t do to get enthusiastic approval from you. Never give someone else credit for work he’s done, never make him feel guilty about being late, don’t compliment others too often when he’s around, don’t harp on his mistakes-especially in front of other people-and never give him the impression you wish he’d stay in his place. Otherwise, he’ll be irritable, frustrated and lazy. You won’t have to fire him. He’ll most likely quit before you get around to it. It’s usually not necessary to scold the ram, anyway. He’ll be the first to apologize for errors he’s committed through his natural haste and impulsiveness, if he’s met halfway, and he’ll sincerely try not to repeat them. Even if he’s not always successful in that attempt, his intentions are admirable. You may want to train him tactfully and privately not to be so rash and over-confident, but never break his spirit. If you try, you’ll fail, and the attempt will just lose you all that refreshing and valuable optimism.

When you recognize his talents, Aries will literally knock himself out to top himself. Criticism will never accomplish its intended purpose with him. Besides, he’s more often right than wrong with his hunches, no matter what some of the experts who have been around for years might think. Aries has an uncanny ability to understand today with a clarity not possessed either by those who cling to yesterday or those who pin all their hopes on tomorrow. So it pays to listen to him, even though his eagerness and his sureness that he’s right makes him drop his manners now and then, with a loud and unpleasant thud.

As soon as you can, give him a raise or a title to let him know he’s doing well and that you’re pleased, and by all means, as quickly as you can, let him either work alone or lead others. Let him feel he’s your personal associate. It’s imperative that those dealing with an Aries in any working or professional capacity realize that he will pour out an amazing number of valuable contributions to the project at hand only if he feels that, in some way, he’s important. When his excitement and his idealism are dampened, he quickly loses interest, becomes disheartened and stands back to let others take over-glum and miserable-an unnecessary waste of rare and useful talent. Unless the ram is allowed to promote, create and originate, he’s no use to himself or anyone else. Logic and kindness will reach him every time.

Because he’s a natural innovator and leader, Aries is at home in almost any career or profession. There are no special places where he thrives best. Whether it’s a green­house or a police station-whether he wears a fireman’s hat or a surgeon’s mask-he must be in charge. The fields of advertising and public relations attract him, since they give him a chance to promote, and he takes to selling like a duck takes to water. But you can place him in any job, from teaching to trucking-from broadcasting to building -and he’ll fit right into the slot, if the slot is wide enough to take up his excess energy and ego.

You may run across a ram who hides his drive under a calmer, more controlled manner, but don’t kid yourself into thinking you can push him into the corner. That’s for little Jack Horner, not him. His place is in front avantgarde. Channel his abilities and he’ll make a heap of money for you, as well as give you unswerving, unquestioned loyalty-especially when the chips are down. If you do a little comparative shopping around, you’ll find those virtues are cheap at half the price.