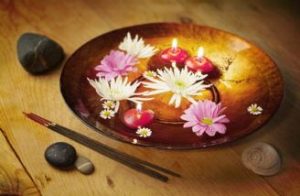 You are intended to be a pioneer, a creative force, and a leader rather than a follower. You need to break new ground, to do things which are unprecedented and original. Thus you do not have the support of tradition or the security of being in the majority, and in order to fulfill your purpose you must generate the courage to risk being a fool or a failure. You need to be both self-­motivating and self-­sustaining. If you do not take on this inner challenge (if, for instance, you wait for someone outside yourself to direct you or sponsor you or discover your brilliance), you will end up feeling inadequate and cynical. Ideally, you would work for yourself or at least have a great deal of freedom and creative license in your work. 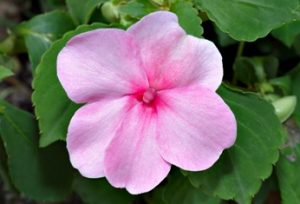 For impatience and inability to tolerate the slower pace of other people: the flower essence IMPATIENS.

Impatiens (Impatiens Glandulifera) is, as its name suggests, the Bach FLower Remedy against impatience and against frustration and irritability caused by impatience. Anyone can get into this state of mind, but there are also genuine Impatiens types, who live life at a rush and hate being held back by more methodical people. To avoid this irritation they try if possible to work alone: the Impatiens boss is the one who sends staff home early so she can get the job finished quicker! The remedy helps these people be less hasty and more relaxed and patient with others. It is also an ingredient in the composite Rescue Remedy, where it is used to help calm agitated thoughts and feelings. Dr. Bach’s Description: Those who are quick in thought and action and who wish all things to be done without hesitation or delay. When ill they are anxious for a hasty recovery. They find it very difficult to be patient with people who are slow, as they consider it wrong and a waste of time, and they will endeavour to make such people quicker in all ways. They often prefer to work and think alone, so that they can do everything at their own speed.

For misuse of aggressive and competitive energies hostile attitudes, and an inability to cooperate: the flower essence TIGER LILY.

Tiger Lily flower essence: The positive healing of ourselves and the larger world depends very much on the ability to shift from competitive, aggressive models of behavior to those which are cooperative and inclusive. This transition of consciousness involves the internalization of feminine values in the larger culture, especially in business and politics.

Tiger Lily flower essence is an extremely beneficial remedy for helping the soul to transmute overly hostile or aggressive tendencies into positive social impulses. It helps the consciousness to move from a limited personal perspective toward values that include the greater whole. This essence especially benefit those who see themselves as separate from others, or as striving against others rather than working for the common good. In general, Tiger Lily flower essence balances overly yang, contracted energy, and is very useful for many men who have not fully integrated the inner feminine (anima) part of themselves. 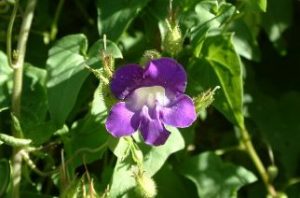 For those with strong leadership qualities who tend to dominate: the flower essence VINE.

The Vine flower essence personality possesses a strong will, with considerable power and force for leadership and organizational tasks. However, when these will forces are not aligned with the true Higher Self, they become selfish instead of selfless. The Vine soul type tends to impose its will on others, rather than leading them to their own power and self-awareness. The compulsive need to be in control creates a personality that is authoritative, domineering, tyrannical, and at its extreme, sadistic. The spiritual lesson for such an individual is contained in the words of Christ, “I am the Vine and ye are the branches.”

When the Vine soul type shifts identification from the lower willful self to the Higher Self, he or she learns that the essence of true leadership is not the ability to demand obedience from others, but rather inner obedience and devotion to a higher spiritual authority.

The Vine flower essence helps such a soul to acquire true humility by realizing that spiritual service is the essence of authentic leadership. When such a soul shifts its archetypal consciousness from that of a king who rules to that of a shepherd who serves, the will force becomes spiritualized and truly able to do good for others and for the Earth, thus is the lesson of Vine flower essence.