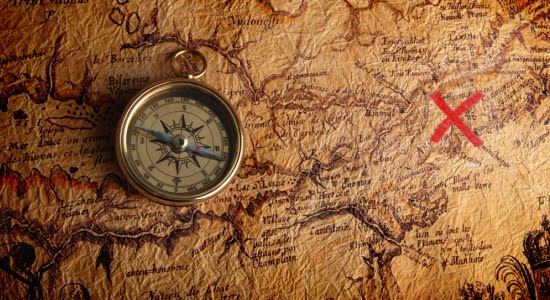 A treasure map tattooed on someone’s back.

At night he sleeps in moonlight, and laying on his stomach dreams he journeys across the vastness of his own back, exploring the map tattooed there. But where is the X that marks the spot? He finds all the rivers, mountains, forests and other features the tattoo artist has drawn there, but where is the treasure hidden? Closing his eyes, he listens. In moonlight he hears the treasure, steadily beating.

Colored sheet lightning flickering in the depths of an opal.

Opal is a most wet stone, being an imprisonment of water in crystal, captured by lightning, which over many centuries enters the ground repeatedly, forcing dew into opal’s dungeon.

Or, as others believe, opal is excrement of salamanders, those beings of fire whose shyness impels to hide in caves.

Serapis says both be true: That salamanders consume lightning which enters the ground, and by ingesting it excrete rainbows, which, having been turned into stone (called by the wise “Shit of Salamander”), are hence by this process rendered enduring, becoming the delight of the Gods.