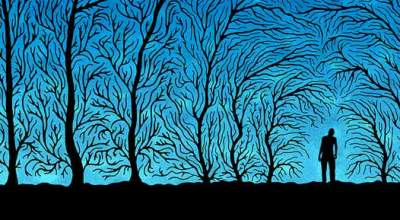 From Aries are found inclinations often to be considered by others as being headstrong. You may also be very hard to convince alongside judgments you have made which have been the determining factors in your experience. Yet once you are convinced of something, you become very determined in that particular direction.

This tendency toward self-determination and being headstrong is probably rooted in at least one lifetime in ancient Palestine. Your likely link with the tribal nomads known as the Hebrews is expressed in your urge either to be a powerful yet somewhat dogmatic leader or to be inclined to follow someone with strong leadership qualities.

Also, living in large or extended family units dominated by a strong director or leader (whether male or female), having special admiration for winners, or even being totally submissive to another person who you feel is somehow in charge of you and your life are characteristic inclinations from similar experiences long ago.

Of course, Mars is the primary planet which symbolizes or rules the sign of Aries. This makes Mars and martial urges of special significance to you this lifetime. Therefore, depending on whether or not you apply your will, responding to conflict situations with directness and force are likely to be among your subconscious urges. These urges are from your prior experiences in the realm of Mars and from one or more past lives in the harsh, ancient desert culture of Israel and neighboring Arab lands.

Also from Mars, the Ram influence and this past lifetime in ancient Canaan and Palestine you may feel a need not only to be a leader or director but to excel in your career or in more physical endeavors like exercising or a competitive activities such as sports.