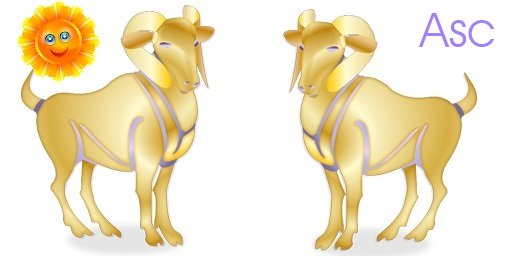 Buckle up and hold onto your hat if you’ve a mind to keep up with these people. And if you can’t keep up at the gym, don’t hang around them! These hard-body peacocks are obviously pleased with the impressive physique they work so energetically to maintain. And even if they’re not well-proportioned and physically fit, they still enjoy the physical realm much more than the rest of us. They’re full-blown, springtime puppy dogs! They enjoy competition and physical release, so sports and the out-of-doors are usually high on their list of favorite things. Activity is their forte. Though dawn births often have a sunny disposition, these Arians might come off as overly confident. But Arians born around dawn are usually so childlike-honest, they get away with their egotism almost every time. Unlike Lordly Leo, for instance, they don’t leave the impression that they think they’re better than others. When they storm in eager and insistent, they’re seldom opposed and often welcomed.

Arians with Aries rising are Action Aries personified and therefore easy to read. They earn trust and cooperation through their willingness to reveal themselves. Their motive is seldom obscure, so no one needs to wonder what they’re up to. Aries is a ram, and these prototype Rocky Mountain bighorns are as straightforward and ram-like as it gets: They’re expert climbers, fit and trim, and blessed with seemingly endless reserves of energy. You’ve seen these animals fight on television nature shows. They lower their heads and charge directly forward—there’s no deviousness or guile. They strike their target, back up, and bolt forward again. Arians born at dawn are Energizer Bunnies with rams’ horns. They’re born initiators. With an innate cleverness, they carry out their agenda expediently They do best if they have the reins because they’re not likely to stand by and watch others take the lead. But once they’ve established their ground and set things in motion, they’ll willingly hand the wheel over to others to avoid boredom—they’re ready to move on to the next challenge. They’re extremely restless, with an adventurous spirit. They’re drawn to vocations that allow them a great measure of independence. They’re so hands-on they need a boss like a hole in the head!

Man
Your Sun sign is Aries, which means that it is only when people know you well that your Aries traits become obvious. They may be different from your outward appearance, which is influenced by your Ascendant sign.

Woman
Your Ascendant sign is Aries, which means that, at first glance, people feel the influence of Aries on your outward appearance It may be different from your inner self, which defined by your Sun sign, but is is not the case for you.

All About Aries Rising Sign & Aries Ascendant In Astrology