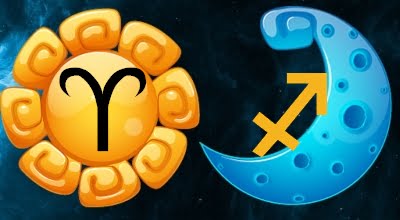 Independence of thought, action, and speech – that’s you! You believe in the truth with an almost pious devotion – not so much the technical truth of scientific investigation as the fundamental truths of large doctrines, philosophies, abstractions. You are more a speculator than a seeker – details irk you. You look for truth along larger lines. This is likely to lead into the errors of inspirationalism, and unless you temper these grandiose mental tendencies with the scientific method, you’re likely to lapse into obscure generalities and large phrases insufficiently defined.

With your extreme insistence on honor in your own life, you can be a tremendous force for good in the world if you give yourself that rigid mental training which will bring your generalizations down to earth and make them realistically significant. You are in many ways a pioneer, a fighter, a doer, a pleader of new doctrines and lost causes; you are strongly individualistic with a powerful desire to bring your world, whether it be great or small, to your way of thinking.

Your executive powers are strongly marked, taking the form of controlling others with an idea, a thought, a principle, rather than with the power of position or authority. You derive your greatest satisfaction not from power over the bodies of men, but over their minds. You might be the one who said, “Let me write the songs (or the editorials) of the nations, and I care not who makes its laws (or leads its armies).”

You are not especially aware of the feelings of other people but are likely to be acutely aware of your own, which is tough on those around you. You have to cultivate understanding of people as well as of ideas; and in both fields regard for details is the quality of mental and emotional activity that needs attention. While keeping your wagon hitched to a star, you’re likely to drive it into the ditch. You are capable of spouting idealistically about love at the very moment when you’ve forgotten to bring home the groceries your wife wanted.

Your best field of activity is definitely professional – though you are so active physically that you are likely to choose some profession that requires a lot of moving around. You have little capacity or desire for staying in one place. You will achieve your greatest satisfaction through your appeal to other people, and whether you’re a lawyer, an actor, a doctor, or a divine, your self-gratification comes not so much through power or through wealth as it does through Influence.