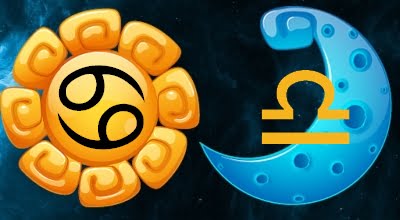 You have a curious combination of independence and dependence, self-sufficiency, and a kind of reaching into the world in search of companionship. You don’t give a great deal of yourself, being sensitive and a trifle introverted; but you like to absorb other people. You have a charm of manner that makes other people respond to you readily. You are romantic, love flattery and attention, and also love to have people around you; but your satisfaction is derived from watching other people, their reactions, moods, and temperaments, rather than from your own emotions. You are a little afraid of your own emotions – afraid of being hurt, afraid of being fooled, for you are somewhat suspicious. Once you have been disappointed by being too trusting (as you have been) you develop a high degree of self-protectiveness. This is all right, as far as it goes, but it makes you an elusive person in romance; and your admirer is likely to feel like a fly under a microscope, having his reactions analyzed, while you yourself are untouched. If this analytical caginess can be broken down and your confidence won, you are sweet, loving, and affectionate.

Your delight in observation and the detachment with which you are capable of watching things make you well fitted for an artistic or scientific career, as a writer or investigator, where by sitting on the side lines you can find grist for your mill in the world around you. Your loyalty is to abstractions rather than to individuals; and though you are very sensitive yourself, you can have a pretty cavalier disregard for the feelings of others – which surprises them, because you look as if you wouldn’t hurt a flea. You’re a prize exponent of the “that’s different” school of argument. You are a social asset, though more satisfactory in a large gathering than in a twosome. You are not especially constant in love and for one reason or another (which you’re able to explain) will have an active career of romance before you settle down. But your ‘whole development will change, stabilize, and mature when you are settled in a home of your own.

Cancer Sun Libra Moon people are nothing else but more independent Cancers and more needy Libras. There’s a contradiction in their personality because the Cancer is reserved and emotional, while the Libra is more open and detached.

This gentleman follows tradition and does what he feels. It’s easy for this guy to become self-conscious and too timid. He self-examines himself too much. And when doing so, no one can reach him anymore.

Protecting his feelings is the most important thing for the Cancer Sun Libra Moon man. He needs to learn how to control what’s going on around him because he usually changes according to his environment.

Especially when he’s with close friends or colleagues, he’s even more shy than other Cancers because his Moon Libra makes him want peace and serenity.

The behavior of this lady is fairly complicated because she combines dependence with its opposite, which is independence.

While the Cancer in her is all about emotions and withdrawing, the Libra leads her to analyze and to not feel things so intensely.

It’s a battle between practicality and emotionality with her. This lady needs and should have company. But she won’t reveal too much of herself because she’s self-protective and introverted.