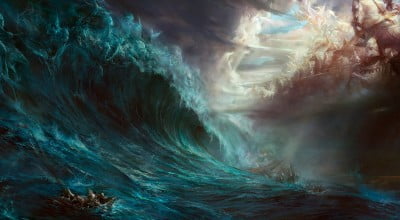 Capricorn’s influence inclines you to be one who is both a materialist AND one interested in spiritual things.

For instance, you were probably once among the natives of North America, who long before the white man set foot upon this shore, had developed an extraordinarily rich and meaningful culture. In fact, many things associated with the American Indians are likely to be innate talents or otherwise special to you.

From one or more lifetimes as a native American, you developed a knack for being able to handle powerful changes in your life situation. You also have an appreciation of the balance and organized interplay of Mother Nature and her creatures, as well this natural ability to move with the flow of life around you.

While you have a strong sense of independence and personal identity, you also well understand the necessity for people to live and work together as social beings. Therefore you acknowledge and accept the need for group organization, responsibility and structured communications.

Order, responsibility and structure, along with a capacity to cope and grow with heavy changes in life, are also key influences of Saturn, the planet which rules or best symbolizes the sign of Capricorn.
Now, because of your independent, down-to-earth attitude, carried over in part from past lives when your personal sense of identity was intense, you may often experience a kind of power struggle with your partner. This attitude probably occurred often in times of military involvement with the ideals of victory with honor, such as during the Greek wars between ancient Sparta and Athens.