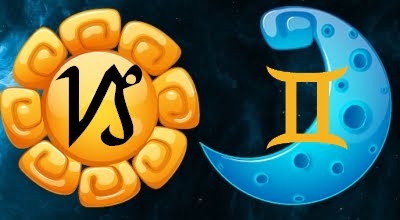 Your ambition finds its best outlet in intellectual, creative, or scientific work. The spirit of investigation is on you, and whether you’re probing the mysteries of nature or of your neighbor’s private life, your curiosity demands satisfaction. Glibness is likely to run away with your abilities, for you are so facile in expression that you don’t have to develop your powers to the highest pitch. You can get by on a quarter of your capabilities, while less fortunate souls struggle to keep up with you with all of theirs. What you do may not bear the stamp of genius, but in some way or another it gets the attention you want. Your friends are likely to tell you that you could do better, more important work if you tried, and they are probably right. But so long as you are getting some degree of acclaim you are not likely to bother.

You are not a perfectionist and may not go to the trouble to probe your own depths even throughout a long lifetime. Emotionally, you are contradictory, being fundamentally conservative and steadfast but with a sort of impish satisfaction in doing the unexpected, the unusual. Your powers of invention are enormous, and you can think up more ways to skin a cat, tell a story, or pull off a business deal, than anyone else. Your cleverness escapes the criticism of being shallow because you are a fundamentally serious person, and people are more likely to attach serious intent to what is not serious than they are to condemn you for flippancy. You run the risk of getting hypnotized by the sound of your own voice and of conceiving yourself in too heroic proportions: thus you run the risk of pomposity. You don’t like to be laughed at, and while relishing a joke, prefer to have someone else the butt of it.