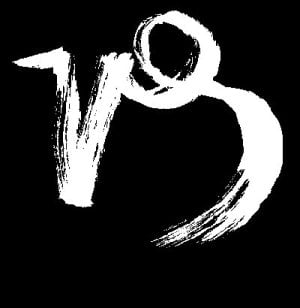 Capricorn is represented by two variations of the same animal: the Mountain-Goat and the Sea-Goat. Its glyph is more symbolic of the Sea-Goat. The top of the glyph represents the horns and head of the animal, while the curvature of the lower half of the figure can be seen as the curving, scaly fishtail.

Capricorn holds the tenth position in the Zodiac. This placement is prestigious, for it puts him at the zenith of the heavens. As we examine this factor more closely, many Capricornian characteristics reveal themselves. The Mountain-Goat is forever perching himself on perilous rocks and cliffs. His thin legs may belie his sturdiness but he knows that his hoofs are planted firmly and securely on these lofty precipices. He has evolved his climbing tools through millions of years of evolution and he use them well to scale the heights of his mountainous domain. In his search for material sustenance, the Mountain-Goat ascends to his chosen peak with ever-increasing sureness. He knows that as he takes each step on his upward path he comes that much closer to consuming the juicy leaves and plants he craves. He is not impulsive like the Ram, who would charge up the hill, sometimes miss his step, and fall. Each foothold is a calculated one, for even though the Goat is anxious, he takes his time. He can control his outward hunger if he has to, while he inwardly plans the next phase of his assault on the mountain.

The Sea-Goat is, of course, a mythological figure invented to express the more esoteric nature of Capricorn. The frontal segments of the Sea-Goat (also called the Mer-Goat) are the same as the mountainous variety and are used for similar purposes-the assault. The Mer Goat, however, is a divine creature who already possesses the vast riches of the sea and who climbs up onto the land in order to see how these resources can best be used and formed into matter for the inhabitants of the Earth. The Mountain-Goat only seeks to satisfy his own hunger, to raise his own position to new heights. The Mer-Goat has already played out that game and knows that the seat of real power and wealth lies beyond the realm of the personal ego.

Over the millennia, the waves of the ocean have eaten away mountains and turned their giant boulders into sand. The Sea-Goat has all the raw materials, minerals, and valuable ores of the Earth at his disposal. He is also possessed of the inner wisdom to use these precious metals for the good of the masses. Thus equipped, he rises from the sea (of the collective unconscious) where his mobility was unhampered. He now comes to the Earth, sacrificing this liberty, and descends into the density, gravity, and restrictions of the land. He will now gather up the Earth’s riches and build. He will give form to what is formless and create a structure from which many will grow and prosper. In this respect, the Sea-Goat will become the servant of man while the Mountain-Goat will pursue life so that Mankind may serve him.

The knee is the part of the human body which the Capricorn emblem represents. The knee is that important joint which enables Man to be agile on his upward climb, for only limited locomotion can be generated when the legs are stiff and unbending. In the higher type of Capricorn, the knee yields in order to allow Man to genuflect in front of the Divinity so that through his humility may come inspiration.