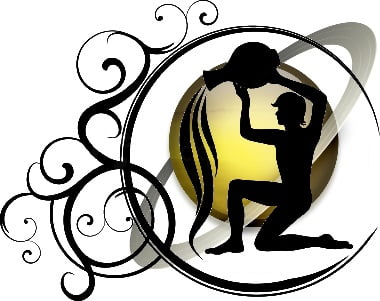 You seek self-justification and acclaim and material success very much as Saturn in Capricorn, but aren’t likely to be so hard boiled about it. Saturn in Aquarius wants fame, recognition and power, but is more concerned with keeping the good opinion of other people in getting it and will rarely if ever hurt them. This position adds gentleness and strength to any chart: the ego requires the approval of society for its own justification – requires the good opinion of men more than their obedience, and is willing to trade respect for love. The social urge in this way is strong, and Saturn in Aquarius will spend a lot of time justifying its transgressions (which may be numerous) and making explanations and excuses for shortcomings. Since society is important to you, you tend to assume that you are important to society, and if your whole chart is very passive, you may come to think that it owes you a living and that your existence is best justified when you are collecting unearned increment. This is an inversion of the urge to serve society which is the best Saturn-in-Aquarius type of self-vindication. If this goes into reverse, you’re vindicated when you enable society to demonstrate its goodness with you as the recipient. To cultivate the social urges on their positive side, to seek the approval of men for progressive and constructive works, to accept responsibility to society as your true means of self-justification, is to live up to the best of this idealistic position of Saturn.

You have an innate distrust of groups and/or a cynical attitude toward society that may leave you feeling out of step and unable to participate in activities with your peers. Overcoming a sense of aloofness and alienation from others is an important task for you.