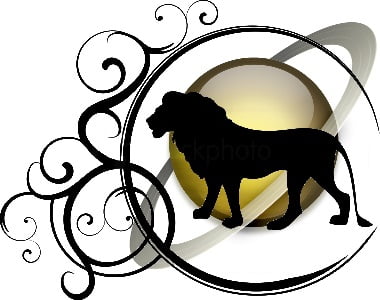 This position directs your personality to defend itself against life as dramatically as possible. If the total personality is aggressive, you will find self-justification in the public eye. Nothing will justify you in your own eyes if you aren’t attracting attention. Not for you the obscure job with the big pay: you’d rather lead the parade for nothing, and may even pay for the privilege. People who are eager to subscribe to books that print their name very likely have Saturn in Leo. The need for approval and the public gaze is linked to the ego-protective centers, and the limelight becomes the Sun of Life. If the total personality is passive rather than active, the need for attention is no less present, but you may get it in a variety of ways. Invalidism is a favorite; some variety of physical ailment with a neurotic background is frequent in this sign, and if you think there’s anything the matter with you, it’s worth analyzing yourself, or being analyzed, to see if it isn’t a means of stealing the show of your private life. If the dramatic urge leads into constructive channels, you will go far and high; but the danger is that, loving drama, acclaim and glory for their own sake, you will seek them regardless of aim and motive. Be careful of hurting others in your attack on life; be careful also that you don’t hurt yourself. Too much limelight blisters the skin, and it is possible with this position to be too smart for your own good.

You are very self-conscious and have a great need for ego-affirmation and praise. Expressing yourself freely, openly, and unself-consciously is not easy for you. You tend to work hard at playing and “having fun”, rather than being light-hearted and spontaneous. Developing self-love and self-acceptance regardless of your “performance” is an important task for you. 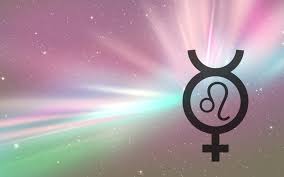 You’ll be required to have more discipline than ever, Leo. You’re used to getting your way fairly easily, but, unfortunately, your charisma won’t be enough to get you what you want this time. Keeping your ego in check and focusing on cooperation and humility will go a long way.

WHAT IS SATURN RETROGRADE AND WHAT DOES IT MEAN?

Normally, the planets move through the sky in a linear, forward-march. This predictable movement is what allows planets to progressively enter new zodiac signs, depending on their speed and cycle. Under normal conditions, a planet such as Saturn may enter Aries, then Taurus, and then Gemini, spending several years in each sign.

Sometimes, however, Saturn appears to move backward in the sky; this visual backward motion is known as Saturn retrograde.

Sun is the ruling planet of Leo and it shares an inimical relationship with Saturn. Sun is a ball of fire, and when Saturn, an airy malefic planet sits in Sun’s fiery sign Leo, it naturally fans the flames. Due to this inimical relationship between Sun and Saturn, the native born under Saturn in Leo has a lot of aggression in their personality. Sun represents father and authority, and when Saturn is placed in Leo, it causes problems in relationship of the native with his or her father or authoritative figure. Such people like to live in solitude, much like a lion. They want to live like wanderers, free and undisturbed.