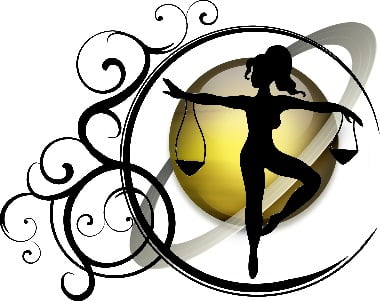 You appear to have little need to defend yourself, because your justification comes directly through others. You are capable of being one of the best adjusted of mortals, living easily with your associates, in getting along with whom your deepest ego is vindicated. This position of Saturn is bound to take you out of yourself and turn a major portion of your attention to the outer world and the people in it. If you’re a naturally aggressive and extroverted person, this gives you great tact and charm, because of which you get what you want with a minimum of struggle. You don’t have to fight your way along because your deepest intuitions tell you how to win friends and influence people graciously. If your nature is passive or tends to be introverted, you devote your life wholeheartedly to service of others and satisfy your tendency to inwardness by self-fulfillment through sacrifice. In any case, and along whatever lines the total personality leads, this position of Saturn is one of the bst insurances of usefulness, and will tend to strengthen and lend significance to an otherwise undistinguished chart.

You take your personal relationships so seriously that they may seem more like work, constant effort, and compromise, rather than a free and enjoyable sharing. You may feel that relationships in general require more of you than they are worth, and you enter into any close relationship cautiously and conscientiously. You also fear entrapment in close relationships.

Saturn in houses for libra ascendant

For Libra Ascendant, Saturn is considered most auspicious and highly beneficial planet as Saturn owns two auspicious houses of the chart. Saturn is also exalted in the sign of Libra. This proves to be Yogkarak as it represents one kendra (4th house) and other a trine house (5th house).

Results of Saturn depend on its placement in the horoscope. If well placed and has the aspect of benefic planets, it will give marvelous results. The relations with the children will be cordial. The person will be prosperous and famous and will enjoy the comforts of life.

saturn in 12, first and second house for libra ascendant

It has been noticed that during its Major Period (Mahadasha) or Major Sub-period (Antardasha), Saturn provides favorable results, if well placed. However, period of Sadhe Sati (it is a period when Saturn passes through 12th, 1st & 2nd houses of one’s natal Moon), may give health problems.

Saturn’s retrograde through partnership-oriented Libra is a time to go back and keep working on creating harmonious relationships with others. When there are relationships in our lives that have fallen apart due to disagreement or a lack of balance and understanding, Saturn Retrograde gives us the opportunity to heal old wounds and mend these connections back together.

Saturn Retrograde in Libra is also a time to look at the contradicting energies within ourselves. We often feel pulled between opposing forces — wanting both freedom and commitment, craving stimulation and security — and feel we must give up one for the other. But this retrograde is a time to be more open-minded with ourselves and our conflicting needs, which will, in turn, make us less judgmental of others.

Why is Saturn exalted in Libra?

Krunal Tailor, have 15 years of learning of astrology