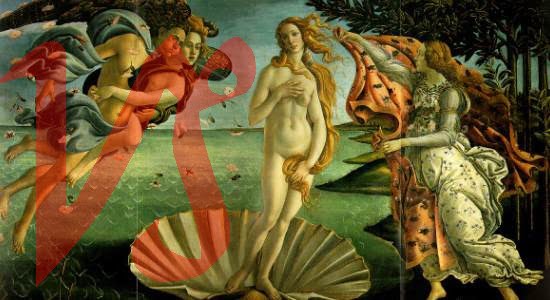 You are wise beyond your years where emotions are concerned, accept naturally the dictates of society, and will rarely be found in a compromising position. Emotional response will genuinely be along the lines of the conventions, sometimes even of the main chance; you won’t marry beneath you, and understand. You could love more easily where money is involved. Since your emotions are geared to your defense and ambition responses, you will rarely find yourself struggling between love and duty, desire and ambition; they automatically work together. Your emotions are not so much controlled as they are natural adjuncts to practical wishes; you instinctively do the right thing, make the tactful response, refuse to be hurt, and easily refrain from doing things that hurt others. Emotional response is self-repressed and may even become selfish. If you have a lot of trouble with your emotions, it is from something else in your horoscope, and not from Venus in Capricorn.

You are definitely not one to wear your heart on your sleeve. You care very much about others’ opinions and crave love and appreciation as much as anyone, but one would never know it from your reserved and seemingly detached appearance. Casual, superficial relationships don’t interest you at all. You are cautious and serious about love and really desire a deep, genuine, lasting love. You are old-fashioned about courtship and love, and will remain faithful to your loved one in good times and in bad.

You may be attracted to persons older than yourself, someone who is emotionally mature and reliable and who can provide the security you desire. 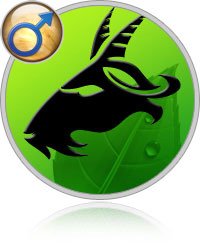 This man is very particular about what he wants in a relationship. He is serious about love, typically seeking a partner loaded with the qualities of a traditional wife. But hey, this is just his one general demand. His type of woman must have her own things going on because he cannot always give time to love. He has a career to focus on, after all.

That is why, according to his next demands, she should be mature, well learned and above all, must be able to take care of herself independently. Also she should have the urge to provide security in love and must maintain her social status. As long as his demands are met, he has no problem ignoring other features that his lady love might think as her or relationship’s weaknesses. Some examples include age difference, character flaws and family problems. But yes, he frowns upon needy, talkative, aggressive and unpredictable women. But this does not mean he will not end up with one!

When he likes a woman, he will give her extra attention to get to know her well. However, his kind of flirting can be confusing to many women. He will never use a cheap pickup line. He will never be sexual. His idea of flirting involves showing off his resume and best personality traits. He thinks these things make him look like a perfect catch. In between, he will shoot a series of questions at his love interest too. The mission here is to know whether she can fulfill his relationship requirements. He will also observe her behavior and dressing sense. 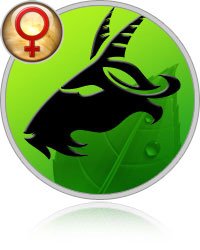 When woman Venus is in Capricorn, you are generally steadfast and deliberate in love, finding safety and comfort in all that is tried and true. You can be on the cautious side about sharing your heart, but your reliability as a partner is hard to resist for many people. You act respectfully in love, and take extra care not to hurt a partner. For that matter, you take extra care not to get hurt yourself! This self-protective quality can sometimes frustrate your partner, simply because you are not very comfortable with letting yourself go on a romantic level. Once your defenses are down (at least some of them), you are a warm, tender, and even vulnerable lover.

Things are at their best in your relationships when your partner understands that you show your emotions and care through actions rather than words. What appears to be a certain coolness, aloofness, or even snobbishness actually hides a fair amount of vulnerability and warmth. When you feel safe and comfortable with someone, you are far more demonstrative.

Venus Capricorn with Venus in Aries

This is an edgy match, with Venus Capricorn being the “let’s wait and see” type, to the Ram’s urgent spontaneity. Venus Aries likes risk and the frontier of experience. All of Aries’ bluster puts Venus Capricorn on the defense, and makes them eager to conserve what they’ve got. It works if there’s a shared long-term goal, and if each is okay with a little spicy friction.

Venus Capricorn with Venus in Taurus

Two earth sign lovers are seeking the real thing, and are willing to wait for it. This pair share an appreciation for hand-crafted beauty, and artful, timeless objects. They might be extreme materialists and build up an impressive empire together.  But they’ll also find a home in nature, where they can live at a pace that’s in sync with their terrestrial rhythms.

Venus Capricorn with Venus in Gemini

Will Venus Capricorn be the rock in this relationship, and the Twins-lover the social calendar keeper?  Both can be impersonal when relating, and it’ll take time for real feelings to show.  Humor is a bridge, and this pair meet as seers of the absurd.

Venus Capricorn with Venus in Cancer

The elements (earth and water) are in sync, and both are cardinal signs that mean business. The Cancer-Capricorn polarity is in play here. The Moonchild nourishes from the inside out, while the Seagoat often has an end form in mind, and acts accordingly.  They both crave security, and thrive with a reliable commitment.

Venus Capricorn with Venus in Leo

The (Venus) Leo lover gets chilled by the cool Capricorn response at first.  What they share, however, is a desire to be big fish in whatever pond they’re in together.  Making each other proud or raising children is a love glue that’ll hold.  Both are demanding, and there can be tousles over who’s the boss.

Venus Capricorn with Venus in Virgo

The instinct to settle into something long-term is super soothing to the Virgo lover.  And it brings out the best in the Seagoat (Capricorn) too.  Their look will be tidy and as fine as they can afford.  Take care that Venus Capricorn doesn’t delegate all small tasks to Venus in Virgo, because that’ll get old fast.

Venus Capricorn with Venus in Libra

This is a tense cardinal square, but both are signs that stand back and look at the bigger picture.  They share an intense desire for social standing, and can be partners in making a name solo or together.  Both thrive in union, and can have impersonal determination to succeed.  It’s good to make memories, and take the time to do things just for the fun of it.

Venus Capricorn with Venus in Scorpio

These are compatible elements, that share a natural sense of privacy, and wanting to retreat at times.  They share an intense drive, and the Scorpio lover craves intense intimacy, in the right moments.  If the emotional reserve of Capricorn gives way to sensual depth, it’s a bond that can deepen with time.

Venus Capricorn with Venus in Sagittarius

One is shaped by a strong sense of personal boundaries, while the other (Sagittarius) has a more boundless nature.  It’s hard to go off on adventures when you’re busy laying the groundwork for a weighty, well-considered career.  The other difference here is general mood—Capricorn tends to be mostly cloudy and Sagittarius mostly sunny.

Venus Capricorn with Venus in Capricorn

This pair is a doubling down on earth signs, and all the seriousness of Capricorn. It helps when there’s a sense of tradition, like with extended family, and a future of shared purpose.  If traits are magnified together, it could go Dark Side Capricorn with social climbing, and material pursuits out of balance. It’s a match for climbing mountains together, nesting and tending to the ancestral lineage.

Venus Capricorn with Venus in Aquarius

One likes all things traditional, and the other is a rebel against conventional values.  This goes for looks too, so there may not be attraction here.  But both are cool characters that move in the greater scheme of things, with big ideas and goals on their minds.  They share a ruler in Saturn, and have staying power if there’s a common purpose, something to build on.

Venus Capricorn with Venus in Pisces

Capricorn can be like an aged wine, and mature beyond their years.  This can be attractive to Venus in Pisces, who seeks a port in the chaotic storm. One is worldly and one is otherwordly.  They might find magic in nature, and its order and chaos, as a mirror of their own natures.