“Now don’t interrupt me, I’m going to tell you all your faults.
It puzzled her very much at first But after watching it a minute or two She made it out to be a grin.” 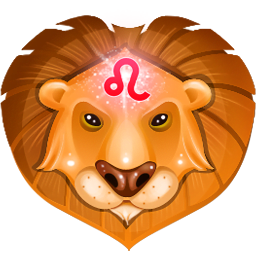 You have a Leo boss and you’ve worked for him for over a year? Really? You must be a very good listener.

Your Leo boss will probably feel that corporate taxes, government regulations and union rules were all invented as a personal conspiracy against him, but he’ll dispose of them easily. Most lions are excellent organizers and perfect geniuses at delegating authority. His way of implementing such annoying situations is to turn to you and dictate, with great nourish, some resounding phrases on the general subject, then wave his hand regally, and with a gorgeous smile say vaguely, “You take it from there.” Then he’ll probably add that he’d like the report completed and placed on his desk as soon as possible. “Take your time,” he’ll say. “As long as I get it before noon tomorrow.” Leos are not fond of details. They prefer to paint the picture in bold strokes and let you worry about bothersome trifles like figures and statistics.

The classic example of a Leo boss is one I know who called in his secretary to dictate an answer he had pre­pared for an especially important client. “Have you de­cided what you want to say?” asked the innocent girl, shorthand book open, pencil poised. “Yes, I have,” smiled her Leo employer. “Tell him maybe. Got that? Maybe. You fill in all the other stuff.” With those masterful in­structions, he cheerfully went to lunch where he enter­tained several people at an expensive bistro, played a few rounds of golf, returned to the office around five o’clock and wanted to know if the letter was ready. It was. (The secretary was a Virgo.) After reading it with solemn ap­proval, the Leo reached for the phone and quoted the letter to an associate. His words floated through the office door to the long-suffering secretary. “How do you like it?” he asked into the receiver. “I think I did an excellent job of putting the whole situation together and making it clear where we stand, don’t you? Of course, I’ve always had a way of expressing myself. My wife is always telling me I should be a writer,” he finished modestly.

This may be a somewhat extreme case, but you will find echoes of such an attitude lingering in the air if you have a typical Leo boss. Give him all your original ideas. He’ll love you for it. August-born executives tend to favor em­ployees who add creative thinking to the firm. However, be prepared to see him grinning like a Cheshire Cat the next day as he proceeds to organize the plan you gave him the night before, tossing out the startling comment, “It’s one of the best ideas I ever had.” He honestly believes he thought of it first. Truly. Of course, you triggered his imagination, which is why you’re so valuable to him. But it was his idea. Remember that.

Now and then your Leo boss may seem a tiny bit un­grateful. Like he’ll toss a huge stack of letters on your desk because he can’t be bothered or bored reading them him­self. Then the next morning, when you’re bleary-eyed from staying until midnight to finish the extra work he threw at you, hell shake his lion’s mane disapprovingly, and mumble a comment on the sloppy condition of your desk, as he walks to his own plush lair. Oh, yes, he’s almost sure to have a luxurious private office. It may have soft .lights, music, flowers, a down-cushioned sofa and a cherry-wood desk. Even if the budget is small, you’ll seldom find him surrounded by pineapple crates and dingy window panes with no draperies. The walls may be covered with excellent prints of good paintings or photos of himself, taken with important dignitaries. Any awards or certificates he’s earned will be neatly framed, and hung in a prominent spot.

Another Leo boss I know had an assistant who worked overtime every night and all day on Saturdays and Sundays for three months on a special promotion. She also managed to move filing cabinets, pack huge boxes of merchandise and change the bottles in the water cooler every other day. Meanwhile, she found time to do her boss’s Christmas shopping and pick up his cleaning once a week. One bright, sunny morning she overheard him singing her praises to a vice president of the firm. “That Hester is a real jewel,” he was saying. “I don’t know what I’d do without her. The girl is really fantastic. Of course, she’s a little bit lazy, but you can’t expect to find everything in one person.”

Did Hester quit on the spot? I should say not. Why should she let a little thing like that bother her? She’s a smart girl, who knows that anyone’s efforts seem drab when they’re compared to her boss’s fabulous vitality (in between his daily beauty naps on the velvet chaise lounge in his private office). Why should she leave a boss who never fails to admire her new dress? She would hardly hand in her resignation to a man who presented her with a topaz bracelet for her birthday, a set of Waterford crystal for her hope chest, and who so sweetly understood that the color of her typewriter made her nervous. He even painted it bright yellow for her, though he was a little sloppy, and some of the paint dripped on the keys. It came off on her fingers for weeks afterwards, but she didn’t mind, because it was a pleasure to wash her hands every hour with the scented soap he keeps in the washroom.

Her Leo boss helped her father find a new job, paid her mother’s hospital bill, and generously gave in to her re­quests to hire her cousin in the mail room. Besides, she’s proud of his reputation in his profession. He won two awards last year; he’s dictating a book to her about his life;

he’s listed at the top of the best dressed men in Esquire;

he’s deeply in love with his wife, adores his children, and has caused the firm’s profits to go sky high, in spite of those wild chances he took a couple of times. He seldom notices if she takes extra time at lunch. Last week, he found her a larger apartment with lower rent and scolded her fiance because he wasn’t treating her right. Quit? What do you mean, quit?

If you’re a man who works for a Leo executive, you have some special problems. Be original, daring, creative, and hard working. But remember that he will always be more original, daring, creative and hard working than you -Tn his eyes. Say “Yes” to most of his brainstorms (and he’ll Have quite a pack of them in the course of a week). If you must say “No,” precede it with a huge compliment and close it with another one. Sandwiched in between that kind of appreciation, he might accept it. But be tactful and proceed carefully.

Even the gentler, less showy Leo executives normally like to spread sunshine, and have oodles of delightful charm. When your leonine boss gets every last ounce of credit he deserves, plus an extra helping of respect for good measure, he’ll make you glow with his praise of a job well done. He’ll never be stingy with compliments. He won’t hold back his disapproval either. The lion is apt to point out your mistakes with very little discretion. Em­ployees with ultra sensitive natures would be happier work­ing elsewhere. So would those with large egos of their own. There’s more than a trace of arrogance in your Leo employer, but it’s probably tempered with good-natured optimism. He’ll keep things humming and running smooth­ly. Leos were born to command, with an enviable talent for assigning the right jobs to the right people and seeing that they’re finished on time.

Office intrigues will anger him. He simply can’t stand people keeping secrets from him. He must know every­thing that’s going on. Don’t be annoyed if your Leo boss is a bit nosey about your private affairs or gives you lec­tures on how to run your personal life. It’s really a stamp of royal approval. It means he likes you enough to want to protect you by giving you the advantage of his superior wisdom.

Leo bosses can be very funny. They can have fearful rages, and then pout behind closed doors for hours when they think they’ve been insulted. They melt under flattery despite themselves. They dress well, eat well and sleep well. They’re warm and generous to a fault, and if they get the respect they demand, they can turn failure into victory overnight with an awesome strength of character. The lion gets tremendous inner satisfaction from giving orders, and delivering lectures is something he’s especially fond of doing.

You may have the kind of Leo employer who hides his hunger for the spotlight under a quiet demeanor. But the typical dignity, pride and vanity of the Sun sign is just as much a part of his basic nature as it is with the dramatic types. Any doubts? Try to puncture his ego in the smallest way; then stand back out of range.

One Leo boss I had, who fell into the quiet pussycat category, used to call a special meeting of the entire staff in his office every Tuesday morning. The ostensible reason was to improve working relationships, but the real motive behind those weekly sessions was that they were the shy Leo’s big chance to deliver his thoughts to a captive audi­ence. Bless his heart, it was his moment on stage.

When he’s treated right, there’s no one on earth who can be as lovable as the lion. What if he does seek admiration in huge doses to feed his insatiable vanity? Most of the time, he honestly deserves to be admired. He may plagia­rize your ideas and rob you of credit now and then. You may weary of listening to his condescending advice and of telling him how super he is. But no other boss would have let you keep the baby carriage right next to your desk that time you lost your sitter. Of course, you would have preferred the time off to care for the infant at home. But the boss needed you at the office. And after all, he’s the baby’s Godfather.