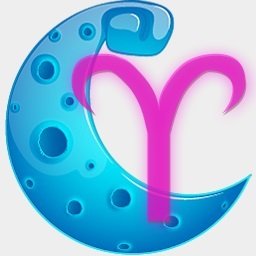 Aries is the best Moon sign, at least according to those who have it. They have to be the best at nearly everything they do—otherwise it ruins their whole day. They’re not always aware of this instinctive competitiveness, for the Moon’s traits are often unconscious. Nonetheless, Aries represents the urge to be out in front of the pack, so many Aries Moon natives display outstanding leadership and pioneering abilities. Active and vital, they’re easily bored by routine and want to be busy all the time. Typical of this dynamic, autonomous type is Lily Tomlin, who consumed vast amounts of energy in her two-hour, one-woman Broadway show The Search for Intelligent Life in the Universe.

Aries Moon people are impatient with their emotions and often with those of other people, for they get in the way of things they want to do. They push feelings aside by staying active, sometimes compulsively so. Anger and irritability come easiest, as part of the fight-or-flight response to any threat to their security, their freedom of action, their number-one position, or their cherished independence. Rage can also be a defense against the overwhelming perception that there’s nothing they can do about the situation. They generally don’t stay mad, however, because they want to get on to the next thing.[..]

These feisty folks may fight over any threat to their security. They can be admirably self-assertive, although at times shading off into aggressiveness—but they can be a bit trigger-happy, seeing threats where none actually exist. If the threat happens to be a social condition, they may fight for a cause, or if it’s something they can’t do anything about—like advancing age—they may react with a more generalized grumpiness. If this part of their character—or other traits such as competitiveness—doesn’t show, you can bet there’s interference, perhaps from the Rising sign or from one of the outer planets. [..]

Read more in the book Moon Signs: The Key to Your Inner Life by Donna Cunningham!