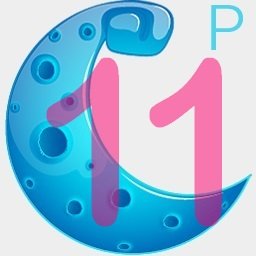 In the tenth house, I talked about the example of a career as a doctor. That doctor was concerned with his work and his contribution to his patients, what he defines as his community. He offers his community support by contributing his efforts and expertise to those that seek his help. In the eleventh house, it’s like that doctor seeking other doctors to compare notes with, commiserate with, and gain support from. He serves a role in a community that looks to him, but now he’s looking for his community, his tribe, where he can find support.

Community has a different meaning these days than it used to. It was once defined mainly as something like the neighborhood on your street or one’s small church group, something in a very local sense. Now, thanks to the virtual connectedness that the Internet provides, a community can involve people from every part of the globe, every culture and age. The support that community can provide, though, hasn’t changed. During an eleventh-house progression it’s time to ask yourself, “Where do I belong?”

This is not belonging in the familial sense, as in roots, but belonging in the tribal sense, as in, “Where is my place in the world? Who are my people, my allies, my tribe?” For many, their tribe consists of people that have the same aims and goals, whether it’s professionally, politically, spiritually, etc. You’ll want to find other people like you who can understand you in a way your family or friends may not.

This desire to be out there in the world is not just to receive, but also to give. Depending on your personality, you may feel increasingly motivated to make a difference, to participate with other people in humanitarian organizations or groups that actively promote social change or awareness of a certain cause. This can be on a small or large scale; you don’t have to be saving the world or feeding hungry children in a foreign land. There is simply a desire and a need to band together with others at this time, to be a part of something larger than just yourself, so that you can give and receive support from each other as you move forward in common goals and interests, whatever they may be.