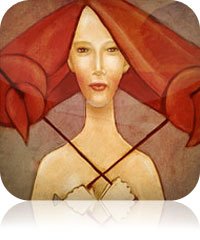 Lots of employees, when you tell them how much money they can make after a year with the firm, plus the financial incentives after five years’ service, show a great deal of interest. Your Sagittarius employee will not. He’s far more fascinated by what you’re going to pay him now-today. Tomorrow is far enough away, but next year is unthinkable and five years is forever. That’s play money. He’s interested in real cash. What happens later is up to the gods. He’ll throw the dice and hope for the best. Usually, the gods will smile on him.

The Sagittarian is a delight to have around the office. He may knock over the filing cabinet or spill coffee on the outgoing mail once in awhile, but what’s a little clumsiness when he’s so cheerful and willing to help? He’s not a whiner or complainer. He’s a positive soul, as enthusiastic and optimistic as you were when you first joined the firm, remember? The difference is that he’ll stay that way after he’s retired. It’s part of his nature. Some of it may rub off on you, and who knows, he may shine some light on that dark corner where you lost your illusions, so you can polish them up and try them out again.

Sagittarius never does things halfway. The only thing he’s slow to make up his mind about is marriage. In every­thing else, he’s fairly speedy. There are, of course, some archers with Taurus or Capricorn ascendants who move with more caution, but they’re not slow pokes in either their emotional or mental attitudes. Normally, the typical Sagittarian is way ahead of you, and he certainly doesn’t mind brightly calling your attention to it when he is. Humility is not one of his more noticeable attributes. Some Sagittarians wear a thin veil of modesty over their fiery egos, but if you peek through it, you’ll see a self-confident person, who is really quite happy with himself in general He may be a little unsure of himself in love matters on occasion, but who isn’t?

Sagittarius may sometimes seem both casual and careless, but never let that lead you into the grave error of under­estimating the flashing Jupiter intuition and often brilliant mental processes. There will be times when you have no idea where he’s going or where he’s been either. There will be other occasions when you’ll wonder if he’s really shy, or just biding his time for that plan he has pressure cooking in his brain. At other times, you won’t have any room for doubt. Hell make so bold you’ll be aghast at his forthright statements. There will be little that’s small about his gestures, ideas or actions. He makes large, grand mistakes and pulls in super duper winnings against enor­mous odds.

The Sagittarian curiosity may get on your nerves. He’ll never be satisfied with simply getting instructions. He’ll want to know the why behind your orders, and the reason for your methods. If your logic appeals to him, hell praise you with his honest approval. If not, you may shrink be­fore his equally frank appraisal of the holes in your pro­cedures. That’s before you collect your wits and become angry. Collecting your wits may be a necessary precaution in dealing with a Sagittarian, but getting angry is a waste of adrenalin, because very few people can manage to stay mad at the archer. He’s the kind you want to smack and kiss at the same time. Since that’s impossible (the first is out if she’s your secretary, and the second is out if he’s your sales manager), you may as well just give

up-Most Sagittarian employees won’t blush when you pay •Us them a compliment. They love applause. You may blush for them, however, when they start to boast about their talents and abilities. One of the minor Jupiter flaws is a happy willingness to promise to deliver anything-the sky is truly the limit-and then not quite following through, because the target was a little further off than he figured. Next time, hell aim straighter and deliver. The quieter, more discreet archers will, in their own mild way, also tend to bite off a wee bit more than they can chew. Still, both types will come through on top often enough to keep you fascinated.

It’s the Jupiter luck that seems to hang over these peo­ple. Already fortified at birth by reliable hunches and ex­cellent perceptions which progress toward logical con­clusions, they’re right more often than they’re wrong. Add a little typical Sagittarius luck, and you can see why they’re frequently at the head of the parade. A friend of mine recently pointed out what he thought was an exception-a Sagittarius actress who’s been trying to get a break for years. Although it now looks as if it’s just around the corner, she waited so long and had to work so hard to get recognized he thought Jupiter had deserted her. But her delay in becoming a star had nothing to do with the consistent Jupiter-type good fortune. Everybody’s time­table is a little jerky sometimes. Still, she gets the landlord to fix her door knobs while the water is flooding the bed­room in another apartment; she gets to the store just in time to buy the last honey dew melon in the rack; and she finds a new pair of stockings in the refrigerator when she’s torn her only pair and doesn’t have a dime left until next Tuesday. She got her first really good job because the producer thought she was Sandy Dennis, and then was glad he made the mistake after he saw her act. Those kinds of things are always happening to Sagittarius people. Before the situation gets too black, the sun pops out from some unexpected source and shines on them, as if the sun wanted to reward Jupiter’s pure and naive optimism.

Sometimes the Sagittarian luck works in reverse for the archer you employ. Hell fumble the biggest deal your out­fit ever had the chance to close, but the day before you fire him, you’ll discover that the president of the company he insulted and called a phony was just indicted for selling watered stocks. That crazy Sagittarian’s blunder probably saved you from sheer disaster. Your Jupiter secretary who forgot to mail those important letters hardly has time to dry her tears at your cruel abuse before you find out that one of them contained a check made out for more money than your firm could cover at the bank that week.

There are Sagittarians who scoff at their own good fortune and like to give the impression they’re real born losers. If you employ one, don’t be tricked by his shrewdness. He may be one of those suspicious types with a Scorpio ascendant who thinks that, if he talks about it, his luck will change, but he wins at Bingo as often as the rest of the archers. Last week, he walked into a shoe store (o buy the cheapest pair of shoes they had, because he was broke. It turned out that he was the one millionth customer and he won a new pair of shoes every month for five years. He didn’t tell you about that, did he? Scorpio ascendant. But Jupiter Sun sign.

Dishonesty is not one of his weaknesses. Neither is tact. You may have to patch up some office squabbles or have to make peace when your brutally frank Sagittarian sympa­thizes with the bookkeeper about his baldness and suggests a cure-after you’ve spent years pretending the poor fellow had a full head of hair to keep him happy because he’s a Leo. Your gal Friday will never forget the time she was on the telephone with the firm’s most important customer, and the Sagittarius member of your staff rushed up to her ex­citedly and shouted within an inch of the mouthpiece that the pipes were broken and the ladies’ room was flooded. It can be disconcerting, but you’ll get over these little char­acter deficiencies.

The Sagittarius employee may surprise you with an oc­casional outburst of temper directed toward anyone from the elevator operator to yourself. (He’s not prejudiced.) His fiery, righteous indignation is usually aroused when someone dares to question the honesty of his intention. He’s the soul of integrity, even if he takes some odd, winding back roads to reach the truth. He really is. Doubt­ing him or accusing him of false pretenses can cause him to dip his verbal arrows in flame. They’ll pierce your sensitive spots as if he had been trained by Robin Hood himself. In fact, Robin is a very good nickname for him. He probably deeply sympathizes with robbing the rich to help the poor. As for his anger, it never lasts long enough to really bum, and his arrows seldom leave scars. Just little nicks in your ego.

If he can’t find an apartment, let your archer move into one of your large, roomy suitcases and pay rent. Hell much prefer living out of a suitcase to living under a roof and between four walls, if they threaten in any way to rob him of his freedom. When he comes in with his brief case covered with travel stickers, he’s giving you a subtle I message that his toes are getting itchy. Take the hint and j send him on a trip. He probably needs it. Hell come back r with a full bag of orders and a lighter heart. He’s a good salesman, but you may have to train him to curb his hasty enthusiasms. The Sagittarius can dash out after a challenge, and forget to wear his caution. But as impulsive as he is, when his thinking cap is securely fastened on he can beat all the pros with his sound, logical, if a bit startling ideas. Money is important to him, because he has to support himself in the style to which he would like to become ac­customed. He’s seldom stingy and if you are, he’ll move on to more congenial surroundings.

Your Archer can cause you to throw up your hands in despair, but it won’t do any good. When he sees you with your arms in the air, he’ll just toss you a ball and say, “Catch!” What are you going to do? Catch. The exercise will be. good for you.