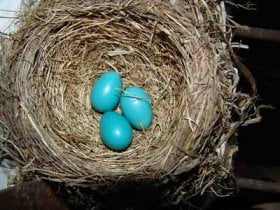 Holding inside you a complete future vision. Preserving and guarding a limitless awareness of what can be and of what shall be. You feel so pervasively the impact of what you carry inside that each piece of it now becomes supercharged with meaning and archetypal power, beyond how it might seem to anybody else. Being in the preliminary stages of something so vast and staggering that even those stages feel momentous beyond conception. Just about bowled over by future destiny. The personal self of now is cast into shadow, seeming trivial, a throwaway. But so transported by prenatal resolves to go all the way this time that any sacrifice or difficulty is chalked up to necessary stages of rough process. And the inner mind holds its lodestar in view, and simply cooks inside till it’s time to boil over.

An inborn authority; a gentle way of getting things done; ambition and sense of duty, gift of gab and literary talents; great courage and great dangers to face. In such a horoscope as to exclude public life, eloquence may sheer off into balderdash or gossip (as the native is a very sociable being, fond of festivity and entertainment) and political skill into double-dealing. Anyway, the native has a powerful and adaptable mind, a deep-rooted sense of responsibility and a greater prestige over others than logically purported by the social position, whatever that is.

Others are unlikely to acknowledge they are under the spell of such a prestige which, in some cases, may become very great indeed.