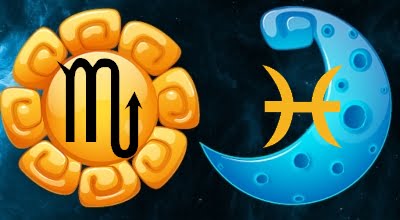 You are an intellectual, whether in science or in the arts or merely on the appreciative side. You belong to that critical and appreciative public without which art and science are useless and pointless. You are sensitive, intuitive, with infinite discrimination, with respect to both works of art and people. You have an instinct for the right thing. This may make you hypercritical. You see through people, maybe better than they want you to, and there’s likely to be an accusing look in your eye even when you aren’t saying a word. You can make your disapproval felt, for you are a good actor by instinct and know the value of shrugs, gestures, facial expressions – and silence or the dead pan. You are romantic and imaginative, and if human companionship doesn’t suit you, you are capable of retiring within yourself, from which sanctum many horses will not be sufficient to draw you. You are also capable of fits of gloom, despair, and despondency.

You can imagine and fear the worst things in the world and go through all the agonies that you would if they were real, sitting fight before your own fireplace. You can have the house on fire, the children burned to ashes, and the firemen on the scene just by letting yourself go. This imagination, constructively used in creative processes, is what can make you successful in fiction and literary creation; but allowed to go into romance, daydreaming, or dramatic apprehensions of improbable woe, it simply makes you unhappy and nervous. 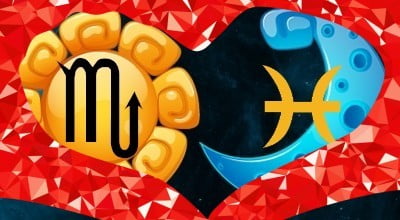 These are deep people who hate superficiality. While they seem calm and composed on the outside, inside they are forceful and determined to develop more.

What gives them energy is intimacy and the confrontations they have with their other half. There’s no one more passionate and possessive than them.

That’s why they need a devoted and honest partner. As soon as they have given their trust to a person, they will give back what they’ve received, plus a little bit of more strength and love.

Mysterious and attractive, the Scorpio Sun Pisces Moon man has dreamy eyes and a poetic air that makes women go crazy. It can be said this guy has a sixth sense few other men have.

And he can figure out people as soon as he has met them. Because he daydreams too much, he may confuse reality with fantasy. As a young adult, he imagines himself a famous poet or an actor.

But his depressive states will impede him from attaining success. Because dreams make him happier than reality, he’ll continue to escape into them.

The good thing about this situation is that it makes him an incurable romantic. When it comes to his worries and anxieties, he’s very interesting to watch.

Be careful as the intense look of the Scorpio Sun Pisces Moon woman will attract many men. But it can also drive them away because it seems dangerous.

Not interested in the materialistic world, this lady wants to conquer and possess. That’s why she will have many partners, and her life will be complicated. Not to mention she can be very possessive, jealous and demanding.

She thinks she could get any guy, but it’s difficult for her to realize many of her lovers are also leaving. When she gets rejected, anyone can see there’s something wrong with her. She will probably spend days inside, crying and feeling sorry for herself.

As a young adult, this woman will be more reserved and alluring. But still an extremist who gets together with all kind of strange people.