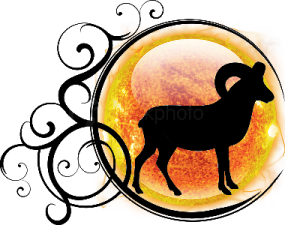 Aries’ great independence is a symptom of vitality and physical energy and becomes intellectualized later in life, if at all. The highest type of Arian becomes capable of idealizing and universalizing his love of independence, which has its source in egocentricity. The first ambition of the Arian is to be first. He is an inveterate contestant, a professional competitor. His object is not so much the material stake as the glory of winning. He will never boast about coming in second; the also-rans he beats impress him less than the one fellow who beats him and thus steals his rightful place at the head of the procession.

Literally as well as figuratively this first-ness shows. Your Arian walks one step ahead of his companions, goes through doors first, has the first word (and often the last) in any argument. He loves arguments, not as a means of arriving at truth so much as a means of demonstrating that he can come out in front. He often wins by sheer noise and vitality – that is, he makes the other fellow cry uncle. Aries is frequently original in his efforts to be first, and, when not original, is sure to be novel. Any Arian who doesn’t understand the difference between originality and novelty should study the two words till he does. When an Arian is original he is a pioneer, an inventor, a great thinker. When he is only novel, he is putting first his ego ideal to be first and neglecting to make his ideas sound and his methods practical. He thus loses the benefit of his energy, his genius and his ambition. All the bugaboos of the ego beset the Arian, and he must beware of self-centeredness. This can make him arrogant, conceited, self-pitying, self-assertive, and in the face of opposition or restraint can lead to delusions of persecution in mild or acute form. To forget self, to become absorbed in mental matters, to put ideas first, and to make sure that originality (or novelties) rest on a sound basis of fact, to see the other fellow’s point of view, and to regard the other fellow’s needs, wishes, desires just as seriously as his own are the means by which Aries may emphasize his great good points, and insure that his desire to be first shall actually cause him to be first.