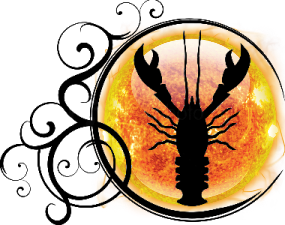 The defensive, protective instincts dominate Cancer, whose life aims primarily at security, material and domestic. Capable of great self-sufficiency, or of being a clinging vine (male or female), the Cancer branch will take the turn as indicated by the roots, which must always be in secure soil. If independence serves security, Cancer will be independent; if security depends on another, Cancer will cling. If security requires taking a chance, Cancer will take a chance – generally, if possible, with someone else’s money, and once he has put his capital or someone else’s into a venture, he watches it like a hawk. His sense of responsibility toward another’s money, security, etc., is as deep as if they were his own; he pays his debts and expects others to do the same. It was Coolidge, Cancer President, whose solution to the war debts was of naive simplicity: “They hired the money, didn’t they?” It is this simple, direct possessiveness toward what rightfully belongs to him that makes Cancer outstandingly successful in business, where he makes his fortune buying and selling, rather than in Wall Street. Cancer will gamble when he has a nest egg, not before, and then as a game rather than as a means of livelihood.

With livelihood (security), Cancer takes no chances, either in getting it or keeping it. It is therefore tops as a home-making sign; the maternal-paternal instinct is powerful; and the Cancer, male or female, will go to great lengths to protect, defend and improve his home, mate and children. If Cancer remains unmarried, it is because protectiveness has turned somehow into fear or selfishness; or because he feels that in some way his security is best served alone. Cancer protects himself, as well as his possessions, and may protect himself from the chances of emotional hurt by withdrawing into himself and making his security there, alone. This is a pitiable sight, because Cancer really needs a home and should have children, and few persons give the effect of incompleteness more than the introverted Cancerian who has no one to lavish his protectiveness on but himself. For in its complete development, the Cancer protectiveness becomes encompassing love that fills all its world, and warms and comforts those who are lucky enough to live in the sphere of its radiations.