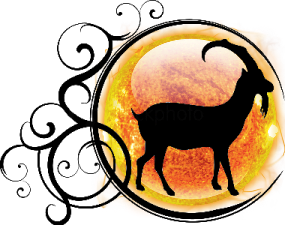 Self-preservation aggressively carried into ambition and aspiration is the key to Capricorn activity. Not content with keeping body and soul together, Capricorn must amount to something, must have some accomplishment to point to, some property to take care of, some obligation to fulfill. His mind is subtly balanced between defense and attack; he will rarely risk either, but will pyramid his life by stepping from one to the other. Since he will never voluntarily step backward, he first shoves his security a little above his ambition, and then his ambition a little ahead of his security, till finally he is top of the heap and has taken no risks at al1. He is worldly and careful; selfish, but capable of great devotion if he thinks it is merited; a stickler for the proprieties. He drives a hard bargain, but not an unjust one, and he asks no mercy from anyone. He has plenty of suspicion, and figures that anyone who can “put one over” on him has earned what he gets.

Not the most ardent of signs in personal relations, Capricorn’s love is still a much-to-be-desired thing, stable and steady, able to put up with a good deal for the sake of loyalty if not indeed for affection. He will rarely marry beneath his station, and frequently marries above it. He understands “Thee shouldst marry for love, but thou canst just as well love where there is money.” He is an excellent executive and will not long remain subordinate. He rules by instinct and sometimes makes those he rules quite angry. He has little interest in seeing their point of view or answering their questions, and believes that “orders is orders”: he took ‘em once, and now it’s someone else’s turn.

When the main chance requires it, Capricorn can be mild and meek as a lamb, but he’ll snap off the foreman’s job if he gets a chance. Once arrived, however, he can be lavishly charitable. He loves the sense of importance it gives him, the feeling that he has made the world give to him, and now he can afford to give something back to it. Underlying all his virtues and faults is the primary instinct to vindicate himself with power, to preserve himself materially in the highest structure he can build; and if some affliction in the horoscope doesn’t undermine his judgment (which it often does) and cause him to overplay his hand at some critical point, he generally emerges with the world or some considerable portion of it at his feet.