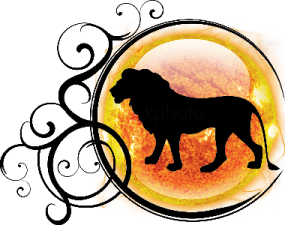 The mainspring of Leo’s great energy, vitality and charm is his instinctive desire for both public acclaim and self-approval. Of all the signs, Leo is perhaps the most aware of himself; in a sense he is always before the looking glass, seeing what effect he is making. In shallow types this makes for mere vanity, pompousness, pride. Add profundity, and all this is changed. Your best Leo type is earnest, sincere, eager to please himself and the world around him and willing, in order to do so, to take on infinite work and go to infinite trouble. He is not genuinely introspective; he has little capacity to discover his inner faults; but he is very sensitive to the effect he makes on others, and studies therefore what to do to make a better effect. There is a difference here from self-analysis to improve character from the inside, but the difference is in method rather than in result.

For Leo, in the process of appearing something desirable, actually becomes something desirable. He knows instinctively the wisdom of the advice Hamlet gave his mother: “Assume a virtue if you have it not”. By assuming the appearance of a virtue for the sake of winning approval, he actually acquires the virtue itself, for he is the soul of truth and cannot behave as he doesn’t feel. He thus removes the curse from his play acting, for his sense of the dramatic is strong, and the roles he assumes are noble. This would be unbearable if in the process Leo did not actually become noble – but he does; some of the greatest spirits who have ever walked the earth are these very Leos who chose for themselves a high role in which to merit the world’s approval, lived up to the role, and actually became what they wanted to be admired for. “Such a price do the gods exact for a song, to become what we sing.” Whether he is found in business, on the stage (and he often is), or in a love affair (where also he often is), Leo is acutely aware of himself, always standing off and appraising the effect he is making. He will usually be found, if not conventional, at least discreet. Self-approval replaces conscience; he’ll do anything if he thinks it is right, and will brave public opinion if his self-approval is sufficiently important to outweigh the loss of public approval. However he behaves, you can rest assured that he is always acutely aware of what people are thinking of him and that he is striving to make them think as well as possible.