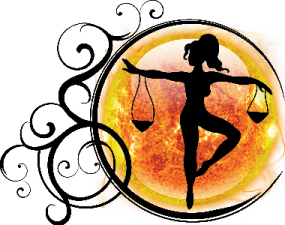 Libra’s aim is to identify himself with as much of the rest of the world as suits the demands of his very eclectic and elegant taste. Despite a gentle and firm sort of independence, he does not put much stock in “being himself,” for he values other people a great deal and, if no principle is involved, will please others before thinking of what he wants. In a deep sense, what he wants is what makes others happy. In some this makes weakness. The girl who “made love only to her friends and didn’t have an enemy in the world” was very likely a Libran. But so also is the girl whose charm is so great and whose interest so eager that she holds a man’s attention without yielding to his carnal passions. And many who have tried to force the apparently yielding Libran along a path counter to his principles have felt the iron hand in the velvet glove.

Libra’s willingness to lose his identity in others – in society, in marriage – makes Librans ideal companions, or mates, for those who understand the curious need they have for independence that accompanies their selflessness. They merge with others, but they retain their identity, and will withdraw completely if their identity is attacked or endangered. They are democratic in spirit, but since they identify themselves with elegance, will not allow themselves to be forced into contact with things or people that offend their very strong sense of good taste. Thus they are often thought aristocrats or snobs, when in reality they have the deepest kind of inspect, sympathy and understanding for all sorts and conditions of men.

They also have a great deal of respect, sympathy and understanding for themselves, and see no reason why they should ever give this up. They are the living embodiment of the cooperative spirit; they will work with you till they drop, but rarely for you. By the same token, if they are executives (and they often are) they treat their subordinates as partners, not as servants. Much is expected of the man who works for a Libra boss, who in return pays him well and treats him as an equal. The aide who does housework for a Libra mistress must keep the place spotless, but is treated with respect, as a fellow mortal whose human dignity must never be violated or imposed on. Libra finds deepest satisfaction in harmonious union with those around him, and with the whole world, which is not too much to be taken in by his warm and tolerant spirit.