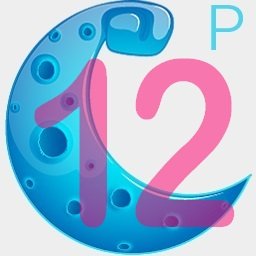 While a butterfly is in its larval stage, it is known as a caterpillar. The primary activity of a caterpillar is eating. Along the way it grows larger in size and essentially does something akin to shedding skin or molting to accommodate its growth. When it is ready to enter the chrysalis (what many people think of as a cocoon), it goes in search of an appropriate place to do so. Once there, it anchors itself and the chrysalis grows around it. While inside the chrysalis, the body of the larva is broken down and mostly dissolved. As the old cells die, the new cells are formed from the dead cells’ nutrients.

All you have learned over the last couple of years or even over the entirety of your life so far has served to nourish you and promote your growth. You have been consuming and gathering experiences, and now the cocoon awaits. In a twelfth-house progression, you are being asked to realize that all your experiences have now served their purpose. As you enter this stage of metamorphosis, you digest what these experiences have taught you. You will be what a friend once called “butterfly soup”: a substance that is neither caterpillar nor butterfly but something in between, as you let go of old lives and let their experiences nourish and form your new wings.”

Letting go is the purpose here, as you surrender and trust the process of living. The challenge is to have faith that you will not lose anything that you truly need but only things that stand in your way. We all become accustomed to our baggage, even if it’s burdensome, but sometimes life loses our luggage on the flight and we are asked to begin anew. This progression is a time to get your spiritual priorities in order, to remember what is truly important to you, and to gain clarity as you clear away the things that were interfering with your growth. 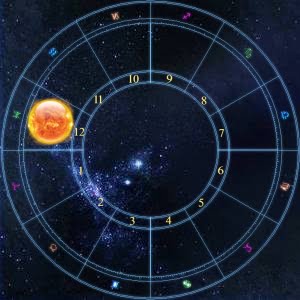 Some view this placement as the result of a misuse of power in past lives, because you are unduly hard on yourself. Your over-active mind is impressionable. You may become a square peg in a round hole if you wear the mask of others as your own. You require periods of seclusion for rest and self-examination, because you question why “no-one” understands you. If you seek counseling, you may become a counselor to help others avoid the pain of your experiences. You, too, are deserving. Acknowledge that if you are your own worst enemy, you can be your own best friend.

You tend to get involved in the helping professions or in activities where your efforts are hidden, behind the scenes, unacknowledged, or unknown to the public. Asserting yourself or getting up in front of an audience may be exceedingly uncomfortable for you.

When someone has his natal Sun in the 12th house, the light of the star will illuminate all that is hidden and may dissolve all possible fears. On the other hand, as the 12th house is ruled by Neptune and the sign of Pisces, the Sun is in a weak placement. This is even more prominent when it is in Cancer, Pisces or Libra; on the contrary, it will preserve most of its powerful traits when in a fire sign.
The 12th house is an open gate to the collective subconscious and unconscious. Thus, any planet located inside will give at least some psychic ability, even if it is uncontrolled and not frequent in manifestation. When the Sun is placed here, the case is exactly the opposite. The person will have a strong connection to the deeper realms of consciousness, and this will be frequently strengthened when they spend some time alone. Indeed, the Sun in the 12th house is an indicator of seclusion. Usually, it will make someone a loner and the restriction will be imposed by himself, not by others.

Sun being placed in the 12th house may feel somewhat lost about their identity and “hidden” from the eyes of the public. Often these people feel like they’re able to see behind of other things, being lead by fantastic creatures showing up in their dreams or thoughts, often offering inspiration and mystical experiences.

Self-identity is found through various tests of situations. At times, and depending heavily on other aspects, this could indicate a father that was invisible, not present, alcoholic or drug abuser. In other cases, it can represent an inspiring father figure, but still absent in some way.

Pisces house carries some of Pisces characteristic. This characteristics will mix with any sign Sun is in, blending character in two forms (at least lol). This is the house where it’s really easy to get lost as it’s house of endings and boundaries are not that visible.