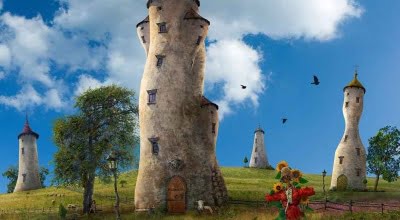 As to the activities which are innate or outwardly manifested in your life, coming in the astronomical constellation of Virgo, at times you may have the appearance of being too self-sufficient in your relationships with others. Hence you may be considered somewhat eccentric, especially in your choice of associates and friendships.

There is also a likely tendency for you to approach life in a very rational way, resulting in your being considered by others as having a rather materialistic turn of mind. At the same time this also gives you the ability to train or direct the training of the minds of young people.

Long ago, one of your likely past lives was in an ideal nature setting, where you were known for your courage and for your ability to heal. From this distant lifetime you are less likely than most people to be dominated by others and you are usually inclined to carry your share of responsibilities. This experience may have been in South or Central America as a member of one of the native cultures in the Amazon forest of Brazil or the Aztec Indians of Mexico.

Mercury is the planet which rules or symbolizes the essence of the sign Virgo. Higher levels of learning and teaching, then, have been yours in these lifetimes, from successful interaction with nature to more religious pursuits like participating in the Holy Crusades to Palestine and neighboring lands. You may also have followed Alexander the Great on his history-making and Greek culture-expanding military excursions into Arabia and India.