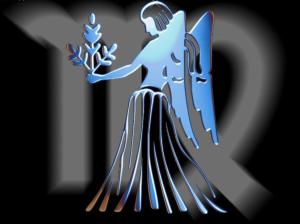 With a sign as obsessive as Virgo, you might expect a fairly twitchy shadow. How right you are. Virgo’s shadow side is complex, like his ordinary consciousness. One main face of it we might call the ‘I know it all’ syndrome. It goes something like this:

WIFE: (to Virgo husband) I’ve just discovered something really interesting. It was in my oil painting class. If you dilute oil paints with turps and float them on water and then dip paper…
VIRGO: Yes, I know all about that. I learned to do it years ago. But you have to make sure you don’t use too much turps, or it gets too runny. Next time let me help you with it.
WIFE: But my paintings come out really well. (Feeling slightly deflated because it would be really nice, once in a while, to surprise him with something he didn’t already know.)
VIRGO: I’m sure they did. It’s just that I might be able to help you to mix the colours better. It’s not easy.
WIFE: Oh, and I read in the paper today….
VIRGO: I know. About the new budget cuts.
WIFE: Yes, I really think that if the government expects to help the economy, they ought to…
VIRGO: Before you criticize the bill, you should really learn more about it. I studied political and economic philosophy for years. I’m convinced it’s the best thing they could possibly do.
WIFE: But…
VIRGO: Never mind. I know I’m right.

Sounds fairly innocent on the surface. Just an ordinary know-it-all. But the destructive side of Virgo’s shadow takes a long time to bear its fruits. Try this on somebody over a period of a few years and you never allow them ever to learn anything, find out anything, think anything, that they can give you. You’ve taken it all already. You know it beforehand. It’s one of the most insidious and deadly ways of crushing another person’s creativity that could happen. And it’s one of the darker edges of Virgo. The Virgo shadow slowly and in tiny, unnoticeable steps, completely erodes another individual’s trust in their own self, mistakes or not. The Virgo shadow, as one of its compulsions, has a positively horrific fear of being mistaken or wrong. There is something about having something not quite known, labeled, classified, that is intolerable. But life is full of mistakes, and so are people, and so, probably, is God. The Virgo shadow, in its own way, kills life, because it tries to remove life’s unpredictability and unevenness.

Another similar face of this shadow is the I-told-you-so syndrome. No great detail is needed to describe it, since we’ve all met it, in somebody else or in ourselves. It makes you feel like killing. That smug, faintly satisfied look that Virgo can sometimes get – when he warned you about something and you blundered and he knew all along that you would – makes you want to fill the bathtub with piranhas. It’s another way of never permitting anything to happen which is unexpected, messy, incomplete. It’s Virgo’s way of saying, ‘But I never would have blundered like that. I know better.’

You get the picture. What is this shadow about? Well, for one thing, it stems from Virgo’s fear of the unknown. When a Virgo is really being true to himself, he’s ordinarily maybe a little cautious, but not ridiculous about it. He’s sensitive, he knows it, the world is difficult and full of challenges and problems, and he usually works to find skills and tools which can help him cope. But a Virgo who is really insecure just goes off limits with his caution. Tell him anything new and he’ll either pretend he’s learned it already, or tell you it’s untrue. Show him a side of yourself he hasn’t met yet and he’ll criticize it or tell you how to fix it, because it threatens his pattern. Show a little spontaneity and he’ll try to crush it, because it terrifies him. Show some unexpected emotion and he’ll go blank and numb because he doesn’t know how to classify it or deal with it. All this is part of the Virgo shadow. It has to do with control, as do all shadows. And with Virgo, it’s a kind of crazy, naïve, ludicrous attempt to control life so that it won’t contain any unknown or threatening elements.

There’s another type of Virgo shadow you sometimes see, and this happens when Virgo’s sensitivity has been bruised too badly. We might call it the Hustler. The Hustler is a face of Virgo which appears when reality and its difficulties weigh too heavily on the scale, while hope and faith and trust weigh too light. Then the Hustler appears. He uses Virgo’s naturally canny commercial nose and twists it so that everything must be bargained for. The Hustler makes everything into a deal. He’s also prepared to sell anything, at a price. In some ways the ancient mythical image of the Great Harlot has here become the mean hooker. Translated, it means, sure, I’ll sell that, what’s it worth to you? Anything to get a little salted away. Any individual is a potential customer, a potential soak. And this is perhaps the most tragic side of Virgo’s shadow, because this happens only when Virgo has become so disillusioned or so frightened that he must put up barriers against everything. Even love is for sale then, and the ‘suitable’ marriage must include the right amount of money in the bank account. It isn’t beyond this side of Virgo’s shadow to check your credentials before that first date is accepted. It’s also sometimes called as psychological usury.

Sadly, this side of the Virgo shadow appears most frequently in male Virgos. I have come to the conclusion that it’s because society makes it a little difficult for the Virgo man. This is a sensitive and receptive sign, not naturally ambitious, and often very aware of subtle undercurrents and intuitive interchanges which elude the thicker-skinned signs. It’s also a sign naturally inclined to flow rather than lead. These aren’t part of the conventional macho image men are supposed to carry in our culture. The Virgo man often has a hard time being himself in a world which requires him to be more insensitive than compassionate, more successful than skillful, more leader than craftsman, more money-maker than lover of nature. So the Hustler side of the Virgo shadow appears, and it isn’t a very lovable one.

All shadows dissolve when light is brought to bear on them. This one is no exception. For a Virgo seeing himself in the light – complete with what he’s really afraid of – is a great healer. For him to try, just once, to trust himself and others and life rather than demanding that everything be named and guaranteed is also a great healer. And for him to recognize that life has mysteries he’ll never understand or explain, and chaos that maybe shouldn’t ever be ordered, and pockets of mistakes, and slips and messiness that perhaps don’t really need tidying, is the greatest healer of all. In other words, Virgo, the realist, isn’t really very realistic. The reality he sees is only the tangible one. It’s the other one he needs to find, and to trust. Then he can become what the myth portrays: the one who can heal and nurture and bring life, whether to people or ideas or his art, because he’s made peace with the unknown.