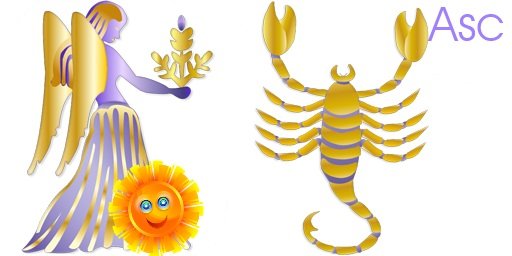 These people are more “grab the handle” and “out of my way!” than most other Virgoans. They behave as though they’re on a mission, with no time to waste. But they’re not likely to tell you where they’re going or where they’ve been. A Scorpio personality gives them that full-blown, eight-cylinder, trademark Scorpio gusto! And they’re always thinking ahead. They set goals and plan a strategy. But they don’t rush or do a shoddy job. That sort of behavior would never please a Virgo ego. With their extraordinary energy level and a better focus on the bottom line than other Virgoans, they do a whale of a job—in less time! They have a hands-on involvement with life.

However, it’s in this respect that Virgoans with Scorpio rising can unwittingly compromise themselves. Scorpio’s tendency to be quick to exact revenge, and Virgo’s penchant for finding entertainment in mischief and trickery, can create problems. If these Virgoans get wrapped up in a powerful resentment, they might very well act out in ruthless ways, revealing some of those secrets that have been entrusted to them for safe-keeping. They need to remember that, even if they seem to derive some primal pleasure from inflicting pain, it’s only a secondary reward and never helpful or productive. If they avoid succumbing to meanness when friction arises, the sky’s the limit, both personally and professionally. Among other things, these Virgoans make wonderful physicians, insightful forensic scientists, and highly competent mortgage brokers. And if they’ve behaved themselves along the way, they’ll find people emerging from the woodwork to lend a hand and repay them for all the indispensable contributions they’ve made.