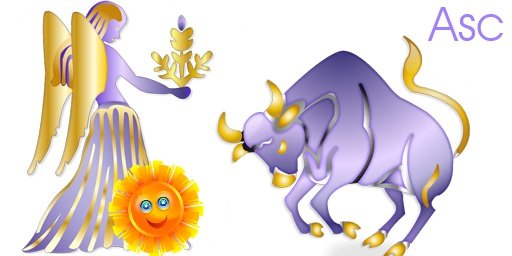 These are more dignified and not so approachable Virgoans. They’re tasteful and quality-oriented, and they have more focus than some other Virgoans. The somewhat stand-offish Taurus personality keeps their helpfulness from being taken advantage of. Visitors who aren’t punctual and interested probably won’t be staying long. They’re just as helpful as any others, and probably even more productive given their Taurus bottom-line sensibility, but they stand up for themselves in such a way that they’re not easy targets for abuse. Vocationally, they flourish in banking and accounting, with a head for numerical analysis, and in management positions they’re appreciated for generously providing their workers with whatever backup they need to get the job done—but those workers might be expected to move mountains on a daily basis. After all, that’s what the boss does! And on a bad day, these Virgoans’ bullish personality might set eyes rolling when their Virgo ego starts nitpicking a minor issue to death, unwilling to just let it go. Taurus can be very dogged and doesn’t “lighten up and move along” well.

[..]They can coordinate a color scheme like nobody’s business. They usually prefer tailored clothing and enjoy accumulating attractive things of high quality and value, and they revel in their ability to sniff out a bargain: Finding a form-flattering dress or shirt at seventy percent off sends them to seventh heaven. But it’s also in this area of their lives that dissatisfaction creeps in, exposing them to disenchantment with what they’ve built for themselves. Virgoans born mid-evening tend to forget that, by themselves, material goods are never completely satisfying. There’s a spiritual side to human beings that isn’t fulfilled by home furnishings, new clothes, or tasteful jewelry. Forgetting that “more is never enough,” these people might feel an emptiness at times that confuses them. They find themselves asking, “How can I be unhappy? I have a nice home in a well-maintained neighborhood and a new car in the driveway. And I like my job.” The antidote is time spent caring for living things, a return to the helpful, productive activities that drive the Virgo ego. They might discover that offering one of their new neighbors a ride to the grocery store, or however else it is that they exercise their Taurus generosity and Virgo helpfulness, is more fulfilling than enjoying their possessions.